The actor, who plays actress Taapsee Pannu's husband in the film, says he wanted to join the army before movies came calling. 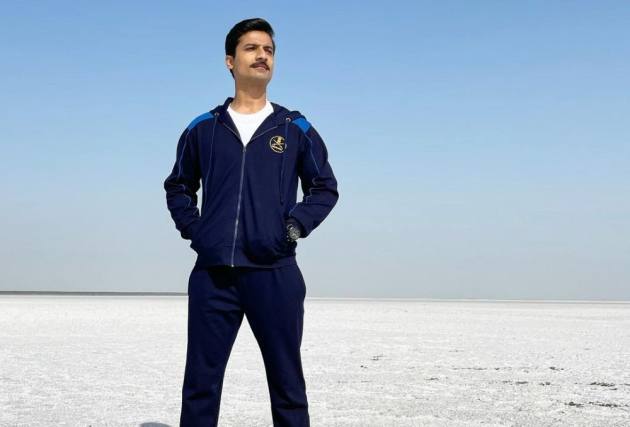 Actor Priyanshu Painyuli was recently seen playing the role of an army officer in the film 'Rashmi Rocket'.  The actor, who has often spoken about hailing from an army background, said that donning the uniform had a special meaning to him.

Revealing the reason behind the special connection, Painyuli tells us, "My father is a Retired Col. Vinod Kumar Painyuli from Assam regiment. Growing up seeing your father serve the nation is always fascinating and inspiring. I grew up in Army school and definitely there was a wish to be in Army somewhere but I guess my love for cinema and acting took over but with 'Rashmi Rocket' and playing the role of Capt. Gagan became very special."

The actor recalls his family's reaction when he sent them his first picture in the character of Captain Gagan.

"As it’s my first portrayal of an army officer. I sent my pics from my first look test in my uniform to my dad and family and my sisters thought I looked exactly liked my dad when he was a young captain," he says.

Directed by Akarsh Khurana, 'Rashmi Rocket' stars Taapsee Panu in the leading role. The film talks about the issue of gender tests in sports.

The film, which is streaming on Zee 5, also stars Supriya Pathak, Abhishek Banerje and Supriya Pilgaonkar in pivotal roles.