Tollywood stars Allu Arjun and Rashmika Mandanna, released the trailer of their film 'Pushpa: The Rise", on Monday, inviting applauds from fans on social media. 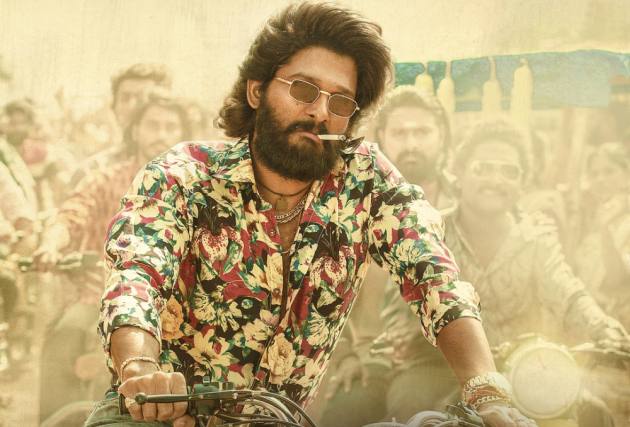 Telugu actor Allu Arjun has once again raised the bar of expectations after releasing the trailer of his upcoming film 'Pushpa: The Rise" on Monday. After a technical glitch and delay of almost four hours, the makers finally released the trailer, which showcased Allu in an intense, power-packed and rebellious look.

The 2 minutes and 28 seconds long trailer showcases a rebellion by Allu's character of Pushparaj, who is seen doing high octane action scenes. The film stars actress Rashmika Mandanna as a strong minded woman, who Pushpa Raj's love interest. The film also brings Malayalam cinema's acclaimed actor Fahadh Faasil in a menacing cop named Bhanwar Singh Shekhawat. His look reveal in the end and the dialogues, 'When the party, Pushpa', adds a lot of weightage to the trailer.

Pushparaj is seen going against the bad guys with his loyalist group as he starts a rebellion in the system.

The film, directed by Sukumar and co-produced by Mythri Movie Makers and Muttamsetty Media and will released in theatres on December 17.

The film is being made in two parts. While the first film releases in December this year, shooting of the second installment will commence after Allu finishes another film next year.

The storyline of the film is based on true events involving red sandalwood traffickers in Andhra Pradesh's Chittoor area.

The film also marks the third collaboration of filmmaker Sukumar and actor Allu Arjun, who previously collaborated on blockbuster films such as 'Arya' and 'Arya 2.' Actress Samantha Ruth Prabhu will also appear in a dance number alongside Allu Arjun.