Actor R. Madhavan, in an interview revealed that his wife has asked him to share 'age-appropriate' pictures on social media. 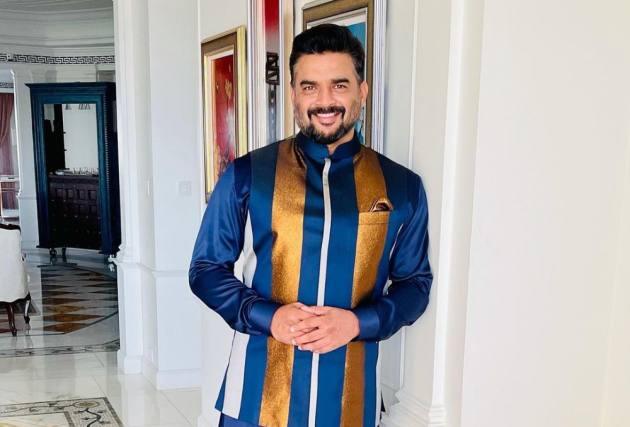 Actor R. Madhavan posts selfies on his social media accounts on a regular basis, and they quickly go viral. When asked about the craze that surrounds his photos, the actor said he has no idea.

Since his appearance in film  'Rehnaa Hai Terre Dil Mein', Madhavan has cultivated the image of a romantic hero. Some of his shirtless selfies, which he has shared on social media in the past, have gone viral.

On being asked about the same, Madhavan told  The Telegraph Online in an interview, “I am embarrassed! I don’t know why it happens! I am not the most hot-looking guy, you know. Hrithik Roshan is a Greek God and he should have that appeal. I am in awe of him. Why I would have it, I really don’t understand. My wife has told me, ‘Can you please be age appropriate and not drop these pictures?!’ Frankly, I can’t decode it, but I also don’t want to look a gift horse in the mouth... let me just enjoy it for now (laughs).”

Speaking on why he chooses to post such pictures, he shares  "Now that you ask me, I don’t even know why I put up those pictures. I am questioning myself here. Is it to see if I still have it? Is it the fear that I am not being seen enough and that people will forget me? But I don’t do it too frequently now."

Madhavan told PTI in an interview about the response he received for the post. He stated “Now I‘m a little embarrassed and under pressure, because I don’t look like that all the time and I am trying to see if I can be accepted again as a normal-looking guy. That was an unprecedented amount of attention from the world. I am embarrassed and thankful at the same time.”