'Radhe: Your Most Wanted Bhai' Got Great Response Because Of Salman Khan: Prabhu Deva

In an exclusive chat with Outlook’s Eshita Bhargava, Prabhu Deva gets candid about working with Salman Khan, releasing 'Radhe: Your Most Wanted Bhai’ on an OTT platform, his creative process, and much more. 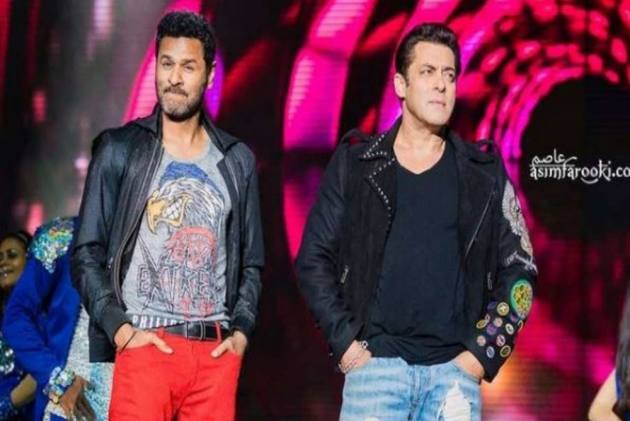 As the country grapples with the deadly second wave of Covid-19, Salman Khan and director Prabhu Deva honoured their "commitment” of releasing at least one film on Eid. ‘Radhe: Your Most Wanted Bhai’, starring Salman Khan, Disha Patani, Randeep Hooda, and Jackie Shroff was supposed to have a major theatrical release. However, with the theatres being shut, the film was released in the pay-per-view digital format along with a theatrical release in 40 other countries.

In an exclusive chat with Outlook’s Eshita Bhargava, Prabhu Deva got candid about working with Salman Khan, releasing 'Radhe: Your Most Wanted Bhai’ on an OTT platform, his creative process, and much more.

Q) How does it feel to get such a response in just a few days?

It's all because of Salman sir. His stardom is enormous and his fans have shown their love to our film.

Q) This is your third film with Salman Khan. How was the experience working with him? I am sure, by now you both must be aware of each other’s working style.

Yeah, we know each other's working style. And of course, it was always a good experience and still is. It is easy working with him.

Q) Salman has his style when it comes to dancing. Are you a tough taskmaster?

Laughs. When I am choreographing I make him do some more dance. When I'm directing, I let the choreographer make decisions. He does it in his style, everyone knows Salman sir's style.

He has a very big heart. He does so much for people, he respects ladies and everyone around him. Also, he loves children, those are the three things I like about him.

Q) Salman’s movies are a super hit and manage to earn crores. However, there will be no box-office collection this time. What do you have to say about that? What are your expectations from the film now?

Any director, producer, or actor wants his film to come to the theatres. But, this is a new experience. The reach has been phenomenal. If it would have come in theatres, it would've been great."

Q) Are you disappointed? What was the intention behind going ahead with the release?

It's just the timing. This year, the second wave came in, and again theatres were shut, but keeping the commitment to audiences in mind Salman sir decided this.

Q) Do you think OTT platforms are a game-changer? Especially during this pandemic?

I feel that it's a change. Suddenly, DVD came and then satellite TV came in, technology is improving every day. But, theatres will always remain theatres. Now it’s a game-changer.

Q) For the people who haven’t watched it yet, how would you describe the film? How is it different from other Salman movies – ‘Wanted’ and ‘Dabangg’?

No description. It's a Salman Khan film and those who like Salman sir's films will surely enjoy watching Radhe. It's entertaining and an entertaining film is most loved when Salman Khan is there. The songs from the film are chart-busters from the time they were released, the action also compliments well when sir is on screen. It's an end-to-end family entertainer film.

Q) What is your creative process like while directing a film?

Every director has a vision for his film and works hard towards it. It's the same with me.

Q) Tell us something about recreating 'Seeti Maar' that originally featured Allu Arjun.

It's a very good song. Salman sir liked the song and was very cool with recreating it in his way. It has the highest number of views and has become this season's favourite song, thanks to Devi Sri Prasad who is the music director of this song. He gave music for the original song and recreation for Radhe, it was very sweet of him.

Q) Do you think Radhe would work as a stressbuster during this pandemic?

Yes, I think it will.