The actor-director posted a social media message on Tuesday (November 30) opening doors for applications from female and transgender for the role of Assistant Director for his next project. 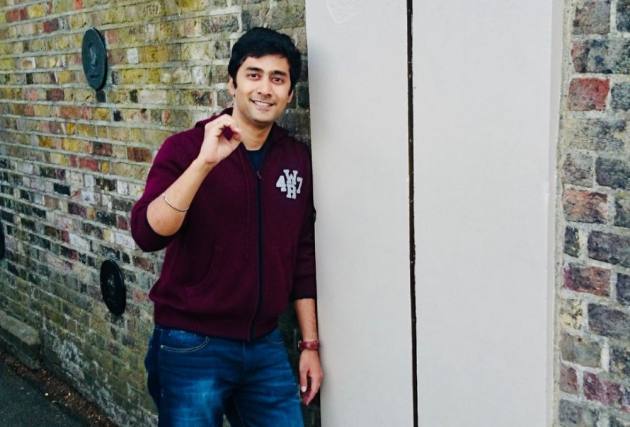 National award-winning actor and director Rahul Ravindran, who helmed the much- acclaimed Telugu film 'Chi La Sow' surprised his social media followers Tuesday morning when he posted about inviting applications from aspiring female and transgender directors to join his team as an assistant director for an upcoming project.

In an interview with Outlook, while he calls his action as 'not anything path-breaking', he wants his team to have a diverse and creative point of view.

Ravindran, is also known as an actor in Tamil films 'Vinmeengal', 'Soorya Nagaram' and Telugu films such as 'Andala Rakshasi', 'Howrah Bridge' and 'Ala Ela'.

Talking about his decision to use social media platforms to call passionate storytellers, Ravindran tells us, "Today, thankfully there are many women ADs in cinema and they are finding employment opportunities and that is fantastic. This is not something path breaking. I am not the first director to do it and I don't want to take too much credit for it but it's just that I am doing my bit. I just want to make sure that women are hired in, what was 10 years back a largely male dominated field, specifically the direction department."

As a part of an objective to provide opportunities for women in the team… I am looking for a Female assistant director for my next. Passionate and interested female candidates with an appetite for hard work can mail their CVs to potatoproductionsllp@gmail.com

He adds, "I think it stems from the fact that I have always felt that society should be healthy. For art to help in that process, you need people coming and telling their stories. People from all kinds of backgrounds. How will you get directors from all backgrounds and strata and all genders if you don't give them a chance to be assistant directors and learn the job first."

So, once he receives an application, how does he plan to process them?

"What we are doing is that we have asked people to send their cvs and we are going to shortlist them. Basically we are looking for people with interesting life experiences. I don't care if they are not too well educated, I don't care if they don't have too much work experience. The idea is to get a team from diverse backgrounds so that there are all kinds of points of views in the team, all perspectives. So, I am looking for interesting CVs or people who genuinely have a passion to see this as their long term future and are sure that this is their calling and they want to learn the job. I am going to tell my team to shortlist and then probably have telephonic interviews with those people," shares the actor.

Ravindran, who was born in Chennai, worked with a corporate organisation in Mumbai before cinema summoned him. As someone who made a place for himself in films on his own, he wants to give employment opportunities to others like him, who have a knack for storytelling.

"One thing that was always on my mind is that when I quit my job and came to cinema, I tried to become an assistant director, I just found it impossible to work anywhere because I didn't have any contacts in the film industry. As luck would have it, I got an audition call, cracked it and became an actor instead. So, I know how difficult it was to try and approach people without any contacts or someone to put in a word for you," he says.

This is not the first time Ravindran has used social media to scout for talent.

"Around a year and a half back when I needed an assistant director, when I had started scripting, I put out a similar call and at that time gender was not a bar and anyone was welcomed. I actually picked a boy who turned out to be a fantastic AD through that process. So, this thought is something that I have always had because I faced that difficulty. I have got so many people sending me direct messages on Facebook, Twitter and Instagram to come and join my department and once in a while, I try and reply if I have time, but half the time it's humanly impossible to reply to everybody," who will soon be seen acting in Nani starrer 'Shyam Singha Roy', set to release in December.

The actor adds, "I always keep telling people that I do have a requirement. I will make sure that at least one of the slots I am filling is through a more democratic process like social media where you don't need to have any contacts. The last time I did that, I had given people a situation to write a scene in any genre that they wanted. That is how I found out about one of my boys."