Rajinikant Turns 71: Here Are Some Of The Funniest Memes Featuring 'Thalaiva'

There are several memes, that joke along the lines of him almost being like a demi-god, head and shoulders, above the rest of world and a few (if not all), laws of nature as well. 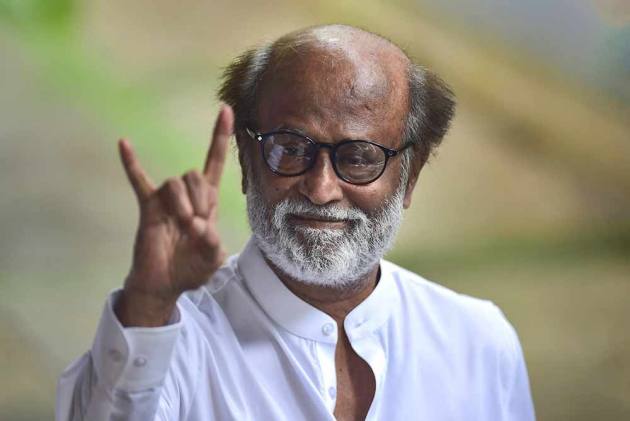 "Rajinikanth doesn’t get old, time does”. This meme probably, defines superstar Rajinikanth’s stardom in the best possible way. The actor turns 71 today, and doesn’t behave like a 70-year-old on or off the camera.

Rajinikanth’s onscreen presence and personality can put some of the biggest stars to shame and his fans often joke, that it is unmatched that even celestial powers have no control over the Tamil superstar. There are several memes, that joke along the lines of him almost being like a demi-god, head and shoulders, above the rest of the world and a few (if not all), laws of nature as well.

Rajinikanth once wrote a chequeðÂÂÂÂÂÂÂÂÂ

How CSK starts every IPL and how they ends! #csk #IPL7 pic.twitter.com/eTF0qPaHCC

and the Rajnikanth award goes to Oscar pic.twitter.com/aaQajCSPdC

Rajinikanth built the hospital he was born in

Once Rajinikanth signed a cheque? and the Bank bounced!

Rajinikanth can speak in Braille
- pic.twitter.com/3eXcCN4GIR

Rajinikanth can withdraw money from ATM by using his visiting card.

God can walk on water. Rajni can swim through land!

Rajnikant was on hot seat in KBC, the computer needed a lifeline to choose the question!

European friends never got these jokes?

Several film celebrities including Suniel Shetty, AR Rahman, Aditi Rao Hydari and more took to social media to wish the superstar. His fan following speaks for his insane popularity around the world.

Before entering the industry, Rajinikanth did many jobs to make ends meet including being a bus conductor and coolie. He made his debut in Tamil Cinema with 'Apoorva Raagangal' and since then, he went on to star in many films.

He is one of the very few self-made stars people look up to. Apart from being an amazing actor, he is also a family man. He is married to Latha Rajinikanth and they have two daughters, Aishwarya and Soundarya, who are living a happy married life. On the occasion of superstar Rajinikanth's birthday, here's wishing him a very happy birthday.