Rajiv Adatia: Karan Kundrra-Tejasswi Prakash Have Never Broken Up, They Just Argued And Had Fights 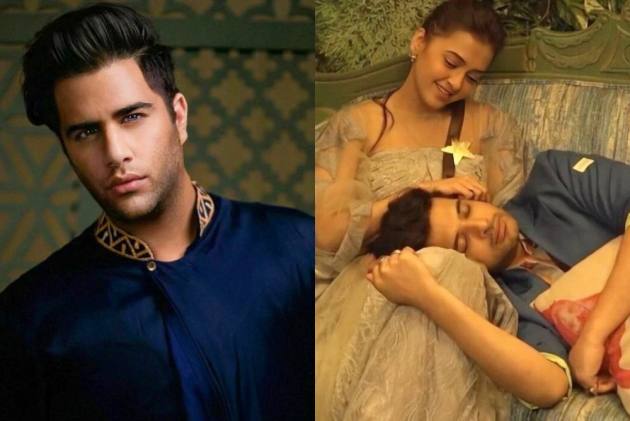 ‘Bigg Boss 15’s former contestant, Rajiv Adatia left the house a few weeks back. He had been the first wild card entrant in the ‘Bigg Boss’ house this season. However, he had been accused of not bringing much to the game. It was probably because of this that he was out of the house.

After his elimination, he has now spoken up about the bonds he made inside the house, the person whom he feels is the weakest contestant inside, and his take on the two couples of ‘BB 15’ – Rakhi Sawant-Ritesh Singh and Tejasswi Prakash-Karan Kundrra. Excerpts from the chat:

Are you upset that your journey in ‘Bigg Boss’ ended so abruptly and was so short?

Did you feel out of place inside the house considering most of the others were popular celebrities and you were more so as a common man?

I think initially when I went to the show I was very insecure because obviously there were people in the house who were much more famous than me and I didn’t know how I am going to survive in the house but eventually after 2-3 weeks of stay in the house I got comfortable.

A lot of people have said that Rajiv Adatia has not done much in the show. What do you have to say about such comments?

I actually have nothing to say to them because I don’t know what they mean by much. If they mean that I didn’t get into fights much, I did not get into controversies much. I am who I am and I think that the love that I got from people is because I was the same in the house as I actually am in real life. I was not a part of many controversies and did not get into any “muddas”. I was just being my real self and I connected with people and I tried to bring humour and entertainment in the show and I think that is also a very important part of a show. It is completely fine. People are allowed to have their own opinions but I think I rocked on the show.

With whom did you bond the most in the house?

Well, obviously I bonded the most with Shamita Shetty, my sister when I came on the show. I also bonded with Umar Riaz. He is like a brother to me and my best friend.

Now that you are out of the house, who do you think is the strongest contender in the house?

I think Shamita and Umar are the strongest contenders in the house. Shamita is a very strong player and she is very strategic about the game and the same goes for Umar. I think these two will march to the top 2 of this season of ‘Bigg Boss’.

Who do you think is the weakest contestant in the house now, and you feel probably you should have been inside the house in their place right now?

Of course it is Abhijit Bichkule.

Did you feel you were forced to create controversies in order to stay in the limelight?

Honestly no, I don’t think so. I tried to play my game in the best way possible and people loved me for it

Is Rakhi Sawant and Ritesh’s relationship real? Or are they faking it for the cameras?

What about Karan Kundrra and Tejasswi Prakash? Is it love when they keep breaking up so many times and then again getting back with each other?

They did not break up in the house. I think in any relationship there will be fights and break up but in the end, they get back together. I think they are very much in love and they look very cute together. It is very natural to get into arguments in a relationship. They have never broken up, they just argued and had fights.

If given a chance to enter as a wild card entry, would you go back to the house?

Oh yes of course. Anytime I am called I would gladly go back.