In an article on HuffPost India, the woman, who calls herself an 'assistant', alleged that Hirani sexually abused her more than once between March and September 2018. 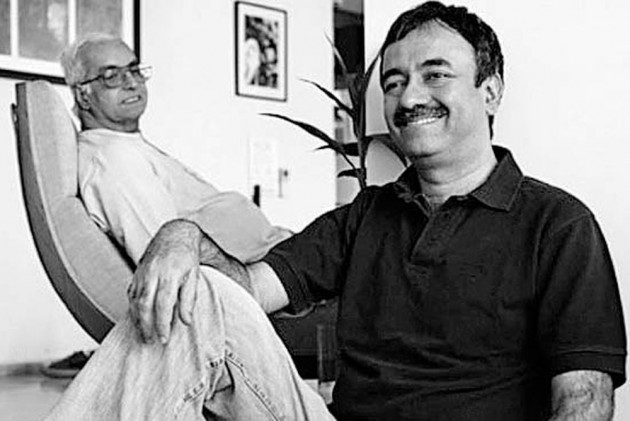 Dia Mirza and Sharman Joshi on Monday expressed their concern over sexual asault accusations against filmmaker Rajkumar Hirani, describing him as one of the most decent persons to work with in the Hindi film industry.

In an article on HuffPost India, the woman, who calls herself "an assistant", alleged that Hirani sexually abused her more than once between March and September 2018.

She detailed her allegations in an email dated November 3, 2018, to Hirani's frequent collaborator and "Sanju" co-producer Vidhu Vinod Chopra.

Dia, who has worked with Hirani on films "Lage Raho Munna Bhai" and "Sanju", said she was "deeply distressed" by the allegations as the director was someone she respects a lot. The actor said she hopes a due official enquiry is conducted in the matter.

"I am deeply distressed by this news. As someone who has known and respects Raju Sir for 15 years I can only hope that a due official enquiry is conducted. He is one of the most decent human beings I have ever worked with and I think it would be grossly unjust on my part to speak on this as I do not know the details.

"As for the #MeToo movement it rightfully encourages women to speak up and seek due process," Dia told PTI.

Sharman, whose portrayal of Raju Rastogi in Hirani's blockbuster "3 idiots" became immensely popular, hoped the phase the director is going through currently will pass.

"Raju Sir, is a man of immense integrity, character, honour, compassion and truthfulness, all the virtues one would imagine are non existent in people today, someone I am absolutely inspired by and have learnt from and because of whom I believe I have gone onto being a better person.

"All I want to say is that this too shall pass and I can imagine how demeaning it might be to even stand up for yourself in a situation such as this," the actor told PTI.

After the HuffPost India article went viral on the Internet, the filmmaker released a statement in which he said he was "shocked" when the claims were brought to his notice two months ago.

He said he suggested the case be referred to a "committee or a legal body" but the complainant chose to go the media instead.

"I was completely shocked when these allegations were brought to my notice about two months back. I had suggested immediately that it is essential to take this matter to any committee or any legal body.

"The complainant has chosen to go to the media instead. I want to very strongly state that this is a false malicious and mischievous story being spread with the sole intention of destroying my reputation," Hirani said in a statement.

The development comes close on the heels of Hirani's name been dropped from the new poster and trailer of "Ek Ladki Ko Dekha Toh Aisa Laga", directed by Shelly Chopra.

A still from the film's teaser, which released on 27 June, 2018, carried Hirani's name as co-producer.

Vidhu Vinod Chopra has not yet commented.

Hirani's is the latest name to be called out in India's #MeToo storm, which has engulfed many a stalwart such as Nana Patekar, Alok Nath, Vikas Bahl, Sajid Khan and former Union minister M J Akbar.