The couple is seen enjoying a mud bath in the post shared by Rajkummar Rao. Patrlekhaa shared a photograph from their wedding ceremony along with an adorable caption for her husband. 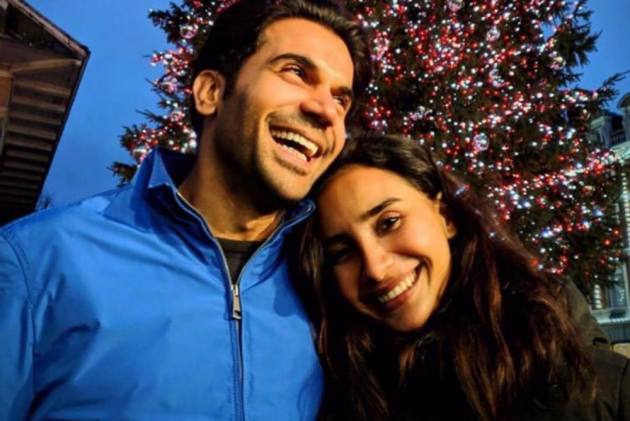 It's been a month since Bollywood stars Rajkummar Rao and Patralekhaa married. Rao uploaded a crazy photo of himself with his wife Patralekhaa on the one-month anniversary. He posted this photo beside his wedding photo.

Rao and Patralekhaa are seen in the photo enjoying a mud bath. On the other hand, Patrlekhaa also shared an Instagram post for Rao, a photograph from their wedding ceremony along with an adorable caption for her husband. These posts have received a lot of likes and shares from fans.

In the caption of his post, Rao wrote, ‘My friend you, my love you, my heart too you, Dildar you. It’s been a month.' After being in a relationship for a long time, Rajkummar Rao and Patralekhaa got married on 15 November. A user made a laughing emoji and wrote in the comment section, ‘How are you guys taking a bath.’

Patralekhaa in her Instagram post wrote, '“Ever thine, Ever mine, Ever ours..” ~Beethoven It’s been a month already @rajkummarao.'

These photos were quickly liked and shared by a large number of people. Many users congratulated Rajkummar Rao and Patralekhaa and left comments.

On the work front, Rajkummar Rao was last seen in the film ‘Hum Do Hamare Do’. The film was released on the OTT platform Disney Plus Hotstar. Talking about the upcoming films, soon Rao will be seen working in ‘Badhaai Do’, ‘Hit: The First Case’ and ‘Monica, O My Darling’.