Rake: A Series That Will Make You Laugh And Think

The Australian show’s subtle humour, intertwined with its protagonist’s rather questionable decision-making ability serves as the perfect recipe to taken on the socio political stereotypes and political correctness. 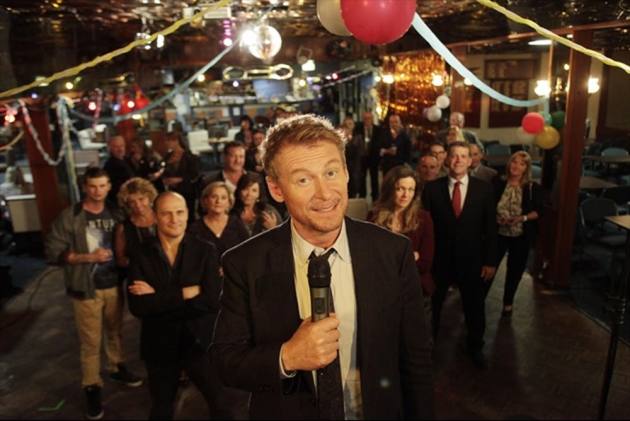 The best thing about the OTT platforms is that one can watch content from any country, in any language and in any accent. The Australian comedy show, Rake, which is available on Netflix, would have otherwise never been accessible, had it not been for the Internet. The five-season long show, starring Richard Roxburgh, as Cleaver Greene, a not-so-politically-correct-lawyer in Ausralia.

Caution: The first few episodes might make you feel uncomfortable since the writers, via the protagonist, talk about political correctness. Greene iin many ways is sort of like an anti-hero. He is a drug taking, alcoholic, womaniser, who has his set of morals and isn’t afraid of judging people and calling them out even when someone repeatedly presses the elevator button. “Pressing it multiple times won’t make it come any faster,” he explains to his best friend who had asked him to stop "badgering the man".

Despite all these flaws, he will not take a case unless he is sure that his client is not guilty. Or in certain cases, when he is forced to defend criminals because he owes them money, or sleeps with their partners or wives.

The show is like a constant commentary on the stereotypes that are result of post-modern cliques, in the world of Internet and social media. Those well versed with the Australian social political scenario will probably enjoy it even more. During the final season, Greene actually runs for a senator and his manifesto represents” nothing” and adds that he will do “nothing” if he become the senator. No prizes for guessing who wins that election. Cleaver Greene!

It is this type of social commentary that sets this show apart from the rest of the other comedic shows that are fairly popular on the OTT platforms. It doesn’t have a very popular star cast either, which is probably the show goes under the radar as well. Yet the humour and treatment is very unique which is validated by the fact that actors like cate Blanchette, xx and xx have given guest appearances on te show.

The best perhaps about the show is, that despite whatever your take on Cleaver Greene, you will empathise with the character because despite all his moral flaws, he is still in touch with his humanity, and he is probably the only one, at least on the show, who isn’t afraid of facing consequences.

In the third episode of the first season, his client threatens him about facing consequences, after Greene refuses to work with his client, because he finds out the truth.. Green just smiles and says ‘There always are’, and later in the episode his client accuses him of seducing her and taking advantage of her.

But that’s the entire show. Greene will do all the wrong things, as per the social norms, but at the end he will standby humanity, when perhaps it matters the most. That’s what makes Cleaver Green such an empathic character and ‘Rake’ such a fun show to watch. The fact that it was adapted for American audiences and cancelled after just one season because it lacked the darkness and the humour from the original.