‘Bigg Boss 15’s latest wild card entrant Rakhi Sawant speaks to Outlook about her deepest emotions. She talks about being nervous, scared and even being insecure before entering the ‘BB 15’ house again. 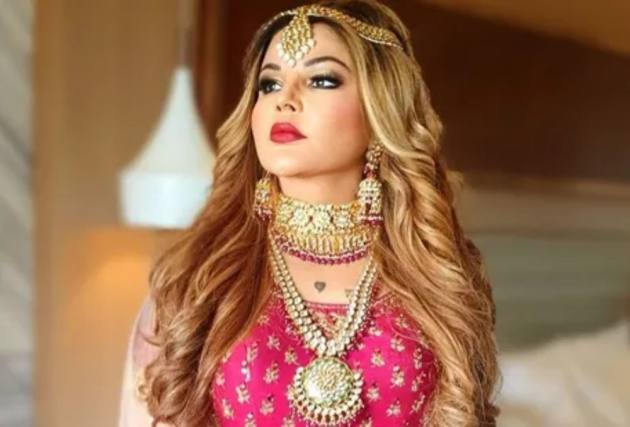 Actress Rakhi Sawant entered ‘Bigg Boss 15’ earlier this week as a wild card entrant. The actress stunned everyone as she entered the house with her husband, Ritesh, who has been revealed in front of the world for the very first time. In a short and sweet chat, right before entering the ‘Bigg Boss 15’ house, Sawant spoke up about being nervous this time, her insecurities around her husband, what she is planning to do this time inside the ‘BB 15’ house and lots more. Excerpts from the conversation:

You’re entering the ‘Bigg Boss 15’ house with your husband. Are you nervous?

Yes, of course, I am nervous this time. I am going to enter the house with my husband this time so I am a bit nervous. I keep on thinking what will happen when I and my husband enter the house because everyone in the house is a very experienced player whereas, my husband is completely new to all this. He is about to be revealed in front of the whole world for the first time.

You’ve kept him a secret for so long…

He is an engineer, a business tycoon. The main reason I am very nervous is that he has never faced the camera and he doesn’t know what to say and what not to say. I am an experienced player and I know what can and cannot happen in reality shows and I have faced the camera many times and the same goes for the other contestants of ‘Bigg Boss’, but my husband is a newborn baby when it comes to reality shows and facing the camera.

What would you be bringing in new to this season of the show?

This time you will get to see lots of entertainment and it will be far better than the last ‘Bigg Boss’ seasons (I was in). There will be more entertainment this time because in the last seasons I used to go in the house alone but this time my husband will also be there as my support system.

Who do you think is the weakest contestant inside the house right now?

All the contestants in the house seem very weak to me. They all seem very broken so let’s see what happens when I enter the house; if I can bring them all together or I break them even more, I really don’t know. I can’t really judge anyone after watching the show for an hour. I can only judge someone when I am staying inside the house 24x7 with them. Vishal Kotian was really playing well in the beginning but then later on everyone made him a target. Even Pratik Sehajpal was playing well but now his performance level has gone down. I am going inside the house to make these broken players start playing well again.

Do you have a game plan?

I feel anyone who enters the ‘Bigg Boss’ house always has a game plan in mind but no one discusses their plans with anyone because if the contestants start discussing their plans no enthusiasm is left in the minds of the audiences to see them play. The last time when I entered the house, I did play the game with my own strategies.

Rakhi Sawant is known to be fearless, but this time seems to be different as you’re revealing your husband to the world…

Honestly, I am really scared this time because I am not going to enter the house alone this time. My husband is entering the house with me. I am nervous all because of my husband because he is not an actor. My husband is so handsome. I would say he is as handsome as Ranveer Singh and Tiger Shroff. I am scared because I don’t want any girl in the house to woo my husband. He is rich and charming and he is more handsome than any other boy in the house. You must have seen how Neha Bhasin had jumped up on Pratik Sehajpal and started kissing him here and there even when her husband was outside. I don’t want that.

In your previous seasons, we have seen you flirting with the men on the show. Is something going to be different as you will be with your husband?

What importance does ‘Bigg Boss’ hold in your career, because you keep coming back to the show again and again?

On my wedding night, many media people had entered JW Marriot where we were staying and my husband had to leave because of that because he did not want people to know him because of me. I always speak the truth and I really have no need to lie about anything.

Has Salman Khan met your husband before?

I am taking my husband to ‘Bigg Boss’ to make him meet Salman Sir. I wanted to promote Salman sir’s ‘Antim’ but then I had to stay in quarantine in order to enter the house.