Bollywood actress Rakhi Sawant has hit back hard at AAP spokesperson Raghav Chadha for his comment comparing cricketer-turned-politician Navjyot Singh Sidhu to her. 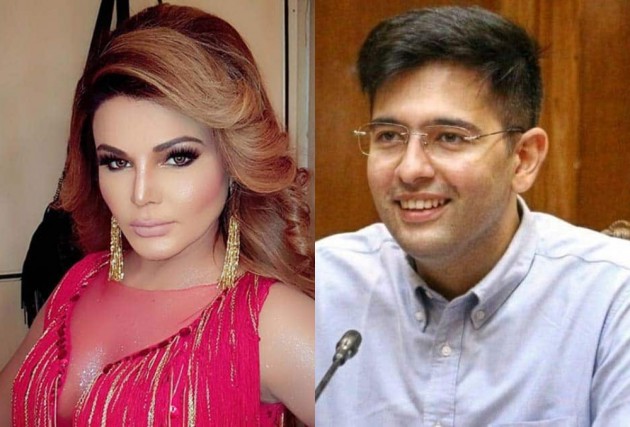 Actress Rakhi Sawant is known to be someone who just wears her heart on her sleeve. She never shies away from calling a spade a spade. She has now slammed Aam Aadmi Party spokesperson Raghav Chadha for his misogynistic comment.

It so happened that yesterday after cricketer-turned-politician Navjot Singh Sidhu shared a video on social media, and Chadha reverted on that calling him ‘Rakhi Sawant Of Punjab Politics’. This didn’t go down well with Sawant’s fans who flooded social media with tweets and posts slamming this ‘despicable misogyny. It became the topmost trend last evening and grabbed the attention of the actress herself.

The Rakhi Sawant of Punjab politics -Navjot Singh Sidhu- has received a scolding from Congress high command for non stop rant against Capt. Therefore today,for a change, he went after Arvind Kejriwal. Wait till tomorrow for he shall resume his diatribe against Capt with vehemence https://t.co/9SDr8js8tA

There has been no apology or any comment from Chadha’s side yet on the entire episode.