From Dev Anand-Zeenat Aman’s ‘Hare Rama Krishna’ to Hrithik Roshan-Karisma Kapoor’s ‘Fiza’, here are five Bollywood films that celebrate the bond between a brother and a sister. 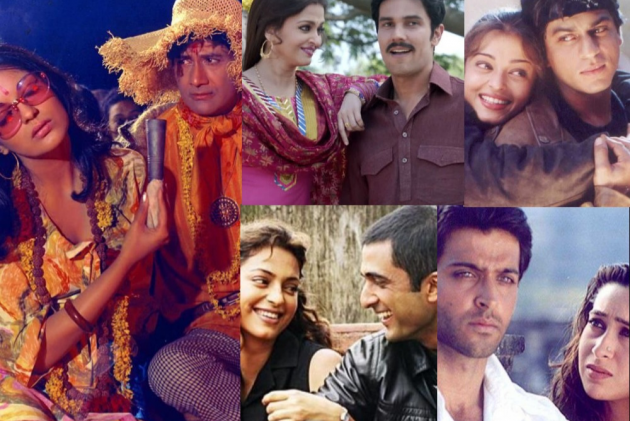 When it comes to depicting relationships, Bollywood has often stuck to stereotypes. Think about the widowed and unwell mother of the hero, coming from a poor or middle-class background who always needed saving. Similarly, the relationship between a brother and sister too, was often generalised and makers often failed to explore the layers of this relationship. However, some movies managed to do it and successfully delved deeper into it and explored the impact siblings have on each other. Here’s a look at five such films from Bollywood which stayed clear from the usual pattern and threw the light on different aspects of the relationship between siblings.

The 1971 film directed by Dev Anand, as many critics point out was a criticism against the hippie culture and especially the growing western influence in the country during the early seventies. Yet at its heart, it was about a brother, Prashant Jaiswal (Dev Anand), who after many years, goes to Nepal to find his younger sister, Jasbir Jaiswal aka Janice (Zeenat Aman), after getting separated from her at a very young age.

Raksha Bandhan 2021: Here’s A List Of Best Restaurants For Your Foodie Siblings

Raksha Bandhan 2021: What Is Digital Gold And Is It A Good Rakhi Gift?

It is a powerful movie, which was released in 2000 is probably the only Bollywood film where it is about the sister who has to save her brother! With a backdrop of the communal tension in the country following the 1993 Bombay riots, the film sees Fiza (Karisma Kapoor), frantically search for her younger brother Amaan (Hrithik Roshan), who goes missing after the riots and has completely changed after he is found 6 years later.

Perhaps the most beautiful film celebrating the inseparable bond between a brother and a sister. Director Onir’s film is about a gay swimmer from Goa who contracts AIDS during the late eighties. Since it was still considered taboo back then, the film shows the tragic and heart-breaking life of Nikhil Kapoor (Sanjay Suri), who is shunned by society including his parents. But it is his elder sister, Anamika Kapoor (Juhi Chawla), who decides to stands by his little brother, as he fought not only the disease but the entire world around him.

The film had the most starry brother-sister pairing ever in the history of Bollywood. Shah Rukh Khan and Aishwarya Rai played a set of twins, Max and Shirley Dias in the film set in Goa during the eighties. Since they became orphans right when they were kids, they take care of each other and grow up to become almost inseparable. It is the educated Shirley who keeps the rowdy brother in check. Shirley chooses to stand by her brother when he needs her the most and steps away from the love of her life, Rahul (Chandrachur Sinha), who also happens to be the brother of Max’s arch-rival.

A biopic directed by Omung Kumar, on the life of Sarbjit Randeep Hooda), who was sentenced to death and spent 22 years in a Pakistani prison after being accused of spying and alleged terrorist activities. The entire film and Sarbjit’s life was narrated by his sister, Dalbir Kaur (Aishwarya Rai) who apart from explaining the family’s struggle to bring back their brother from the neighbouring country, also talks about the special connection between a brother and sister.