Ram Charan: Chiranjeevi Garu Made A Difference In Every Sphere That He Entered 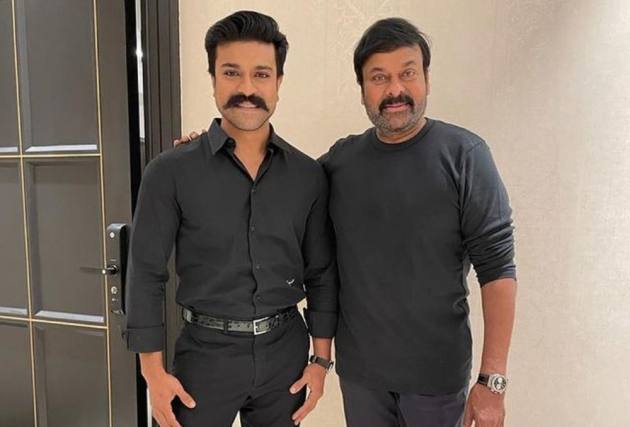 Telugu star Ram Charan believes that this is the best time to have a website for his father, megastar Chiranjeevi's charitable trust, which goes by the same name. The foundation, which has worked in different sectors of humanitarian work since 1998, has now reached a wider base with help of technology.

Charan launched the website in October. Talking about the website, the actor, who is also the Director at the organisation, tells us, "My father has made a phenomenal initiative of channeling the energies of millions of his fans to make a positive difference to the society by motivating them to donate blood and donate eyes to help our fellow humans' lives. The singular idea of launching the web site at this time is to amplify the accessibility and reach of the services of Chiranjeevi Charitable Trust, to as many more needy people as possible and connect people who want to serve."

It is an incredible honour to be launching the official websites of @Chiranjeevi_CT and the man behind the initiative @KChiruTweets https://t.co/dbw1E3IAkC & https://t.co/5Y6MkOtJpD are here now to amplify the accessibility of CCT and its motto#CCTWebsiteLaunch pic.twitter.com/c4B42vy97u

Besides offering help in various sectors, the website also has a section, which has the entire filmography of Chiranjeevi's films. Thus, serving not just medical attention but also entertainment for his fans.

Asked why the feature of films have been added to the website, Charan replies, "Not because he is my father but Chiranjeevi garu has accomplished many unique feats as an actor, statesman and a philanthropist. He has made a great difference in every sphere he entered. These accomplishments deserve to be shared with a larger audience. Besides the charitable services he has initiated are ongoing activities that require constant communication with people. So in that sense the website serves the twin purposes. It ‘Informs’ as well as ‘Inspires’.

The Chiranjeevi Charitable Trust has been functioning from the time of it's launch in 1998. However, with the help of technology, this seems like a perfect time to have a website, says Charan.

"While the idea has been there for sometime to leverage technology in the charitable activities of CCT, the Pandemic has tellingly demonstrated and reinforced the need to connect people better.Today, more than ever before technology has reached grass root levels and we could use it more efficiently to serve the needy. Hence we have made the website very interactive," says Charan.

The actor reveals that soon, as the second phase commences, the Chiranjeevi Charitable Trust will not just be limited to the role of blood banks and eye banks.

"In the second phase of this integration of technology into charity services, we also plan to emulate network orchestrators like Uber to create a network of blood donors who could be reached in real time through a CCT website or app and enable them to directly provide blood to the needy at the concerned hospitals or medical facilities across Telugu States and beyond. This will clearly help a lot more people and we could efficiently prevent deaths due to lack of life saving blood," says Charan.

On the movie front, Chiranjeevi will soon be seen in 'Godfather' and 'Acharya', whereas Charan awaits the release of his SS Rajamouli's magnum opus 'RRR'