Ram Kapoor: Shefali Shah Is A Lot Of Fun When The Camera’s Not Rolling In

Actor Ram Kapoor and actress Shefali Shah have been great friends for a while. The two have done many projects together, and are once again sharing screen space in ‘Human’. 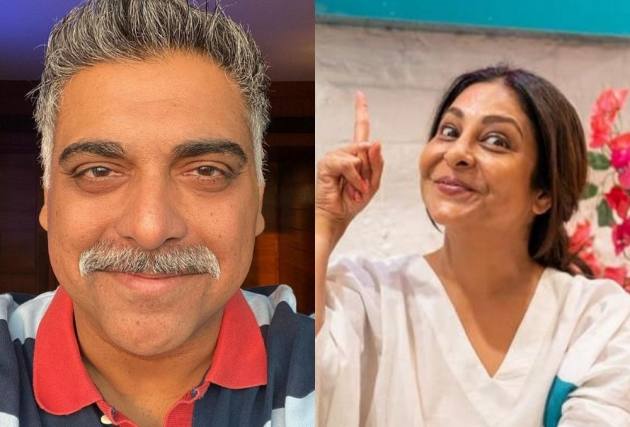 Actor Ram Kapoor teamed up with actress Shefali Shah once again for the upcoming show ‘Human’. The two have been really good friends all their lives and have worked on quite a number of projects together. Kapoor reveals how he enjoys working with Shah and how he manages to pull her leg and play pranks on her and with her, quite often on sets.

Talking about the same Kapoor shares, “It's always amazing to work with Shefali. I've worked with her 2-3 times before and we get along really well. She's an absolute darling of a person, a total goofball. She's a lot of fun when the camera's not rolling in. And I also tend to have a lot of fun when I work. So, we have a lot of fun, pulling each other's legs or playing pranks on somebody else. And that's the best way to work because you keep it light-hearted. So you do serious work, but in between, you try and have a little fun, I believe. That's the best way to work.”

Their onscreen chemistry has received a lot of praise quite a number of times before. With ‘Human’, the makers promise to bring in some more novelty to their onscreen camaraderie.

Talking of the show, ‘Human’ revolves around a pharma giant that is using India’s lax clinical trial rules to fast track the development of a new drug, despite lethal side effects. Meanwhile, 35-year-old Dr. Saira Sabharwal (played by Kirti Kulhari) lands a dream job in Bhopal’s premiere hospital under the mentorship of the iconic 45-year-old Dr. Gauri Nath (played by Shefali Shah). Saira grows under Gauri’s tutelage and as the two women start to form a deep bond over their commitment to the medical cause. However, a shocking discovery throws their life into chaos as their story becomes intertwined with that of a young migrant worker, Mangu, who is just 20 years old, and manages to wreak havoc on the medical system. The web series enunciates the collateral damage due to fast-tracked drug trials for financial gains in a gripping tale that involves innocent lives lost to greed. Touching compelling themes like the value of human life, medical malpractice, class divide, and ramifications of a fast-paced medical science, 'Human' promises to bring forth the greed to make money in a compelling tale of power struggles, secretive pasts, trauma, and murders.

'Human' is set to release on January 14.