Ram Madhvani: I Have 22 Scripts That Have Not Yet Been Filmed

‘Aarya 2’ and ‘Dhamaaka’ filmmaker Ram Madhvani speaks to Outlook about the regrets he has had over the years in the film industry. He even opens up about not having won the Emmy award for ‘Aarya’. 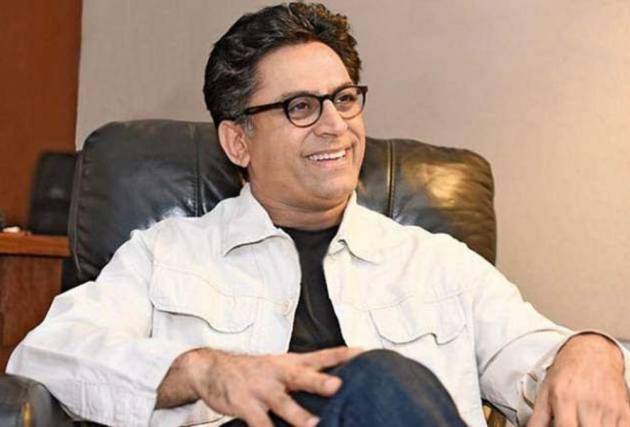 Filmmaker Ram Madhvani is known for some of the most critically acclaimed projects in Hindi cinema. Whether it’s ‘Neerja’ or ‘Aarya’ or the recently released ‘Dhamaaka’ and ‘Aarya 2’, Madhvani has always tried to push boundaries with his stories. His web series, ‘Aarya’ was nominated for the International Emmy Award this year. Even though the show couldn’t eventually win, the filmmaker believes that the nomination in itself was a huge honour.
In a candid chat with Outlook, Madhvani speaks up about the Emmy nomination of ‘Aarya’, the success of the latest season of the show, the new-age OTT boom in India, and his regrets in his career after having worked in the entertainment industry for such a long time. Excerpts from the chat:

Are you upset that ‘Aarya’ didn’t win the Emmy Award?

No. It is not meant to be a competition. Why should we think of it as a competition? Sometimes you feel that it would have been great if we were on zoom and we had that same feeling. Can you believe the live experience and the memories that we made! The experience of actually being there is great in itself. Knowing that 600 shows were shortlisted and that we were one of the top 4 shows in the world is very special. It was very special in itself that we were present in the auditorium. I am so happy we went there. It was like representing India, we had our flags there. We felt proud just by being there. When you are in that hall, you realise how important it was just to be there. Quite honestly, I am not disappointed.

While writing the story of ‘Aarya’ season 1, did you always have in mind that there will be a season 2?

‘Penoza’ is a five-season web series. I had not seen season 2. Only when season 2 of ‘Aarya’ received a green signal, I saw season 2 of ‘Penoza’. There are many changes in ‘Aarya’, be it the plot or the characters. It is not the same. It is quite different from the original but there is this thing there that sort of allows us to work on.

As a director how is your approach to the next sequel?

One of the most important points is that I do have my co-directors, Vinod Rawat and Kapil Sharma. Then there is also a new writer this time, Sanjukta Chawla Sheikh and of course Anu Singh Chowdhry who is there from the last season. Everybody is obviously worried that we need to keep the same tone that the audience has liked. Thankfully it has been cooking in my mind for ten years now. It was meant to be made as a movie first. I feel I know the world, I know how to adapt it, and I know where it all comes from and where it belongs. Everybody including the actors who sometimes tell me what ‘Aarya’ would or would not do, which is a very good thing because it always keeps us in check. It gets a little frustrating at times but is also nice because it leads to a conversation, which makes sure that you are doing justice to the character and that you are not taking anything for granted.

What is your take on this new boom of OTT platforms? Would we see you coming back to making films for theatres?

Firstly, I would like to say that I would be making both. I will also be making films for the theatres. I like to explore everything, just like you as a journalist. There is a chance of getting published; the chances of all kinds of writing getting published nowadays is all because the audience is there to receive it. Yes, OTT has created a market for us as people who are struggling to make work happen. It gives us a little more opportunity.

As a filmmaker, what are those tick boxes that you have in mind when you are selecting or green lighting a script?

Yes, there are. I think one is that it needs to be culturally rooted. It has to be something that is part of the cultural consciousness of the people. I am always thinking if my content will reach out to everybody or not. I am always looking at the reach of the subject. Secondly, I am also looking at a value system. I think it is important to put a value system out in society. The work that I do will always put people in a moral conflict. Even in ‘Dhamaaka’, in the end, the character does not choose the right value system. The message that society gets is that if one does not choose the right value system, what the consequences could be. In ‘Aarya’ the value system is that to what extent you will go to protect your own family. It also shows the strengths and weaknesses that a person can have. For instance, your family is your weakness and your strength at the same time. I am always trying to figure out the reach and the value system.

You have been in the industry for quite a long time. Over the years, are there any regrets?

I wish I could do more work. I have 22 scripts that have not yet been filmed. I have many feature films that were announced and did not happen. I wish I could have started my career as a filmmaker. I have wanted to make movies since the time I was 16. It has taken me a long time to make my dream come true. My regret right now is that I did not work at the pace I should have and I need to work a bit faster. However, I am happy with whatever is happening right now. At least the universe is making it happen now.

Do you feel at some point you were not able to sell your talent to mainstream filmmakers or producers?

No, I don’t think so. I come from advertising. I don’t think that is a question at all. I think when a film is made, it is not in our hands. It is in the hands of the universe. So it happens only when it is meant to. I know that sounds fatalistic but it is true. Any film that is made is a miracle. The only thing that I can say is that I kept climbing that mountain; sometimes there were landslides, sometimes there was very cold temperature but I didn’t let myself go below the base level. I started climbing up again. I think that the patient impatience and the resilience of thinking that I do want to make films, come what may, is the only thing that has helped me continue.

What after ‘Aarya 2’ can we see coming from you?

One of the things that we are working on is on Jallianwala Bagh. It is a 6-part series called the ‘Waking Of The Nation’. It is on what led to the Jallianwala Bagh incident and the before and after the incident that took place. There is another feature film also that I am working on. So, there are two things - one is a series and the other is a feature film. It is a little too early for me to speak about the feature film but we have already started working on the series. Platforms have shown their interest but we are yet to decide and finalise that.