Filmmaker Ram Madhvani expressed his views and addressed the notion of expectations on the making of 'Aarya's second season. 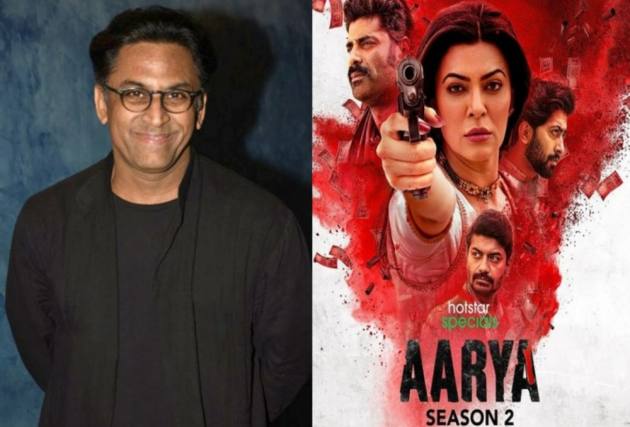 Ram Madhvani, the director behind the hit show 'Aarya,' says he was constantly on his toes while working on the second season because he didn't want to disappoint the fans.

The Disney+ Hotstar drama, featuring Bollywood actress Sushmita Sen in the titular role, is created by Madhvani and Sandeep Modi. It is an official remake of the popular Dutch crime drama 'Penoza'.

The first season, which was released in June 2020, amassed praise for its taut narrative and performances.

Madhvani said creating the world of 'Aarya' for the upcoming second edition was a no mean task, given the challenges he faced due to the COVID-19 pandemic.

Madhvani stated, "We were always on our toes especially during scripting, shooting, editing, etc. Filmmaking is about choices. Like, the choices that you make, you have to question yourself, is this correct, will people like it? All these things become questionable especially when you have the burden of success,”

"In filmmaking and in life nothing is a cakewalk, everything is a struggle. There was COVID-19 difficulty, safety was one big issue and apart from that, we have new characters in season two, so to integrate that has its own challenges," he added.

The overwhelming response to 'Aarya' and demand for the next season from the audience pushed the team to make the second part.

"I would ask fans 'to watch this season and love it', so that we can have season three," Madhvani said.

In season two, Sen will reprise her role as Aarya Sareen fighting her battles as she finds herself in a grittier, darker journey.

Like the first season, Madhvani said the new chapter will again show Aarya caught between moral choices and conflicts between her family, besides there will be new twists and turns.

The director added that as compared to the original show 'Penoza', there are quite a lot of changes in season two of 'Aarya'.

"I can say that we have to culturally root it, keeping in mind our audience. Characters and some plots have changed," he said.

Madhvani worked extensively for over two decades in the advertisement industry, before foraying into Bollywood with Sonam Kapoor-led 'Neerja' -- a real-life story based on a biopic on Pan Am flight attendant Neerja Bhanot.

Besides 'Aarya', he most recently directed Kartik Aaryan-starrer 'Dhamaka', which was a remake of the South Korean movie “The Terror Live”.

When asked about his fascination to retell stories, Madhvani said the aim is to make these stories culturally-rooted for the Indian audience.

"Certain things are not in my hands. When anything gets made in this business, it is really a miracle. It is not really of our making and choice," he said.

However, Madhvani is mindful that both 'Aarya' and 'Dhamaka'  have been adaptations of foreign shows and movies, and he would like to now try his hands on newer stories.

"There is nothing wrong in making adaptations, as long as you can make it your own. You can adapt Shakespeare, like Martin Scorsese’s ‘The Departed’ was an adaptation, for which he won an Oscar.''

"For me, it is about how to elevate it (story), how do you bring your own personal voice and how do you culturally root it," he said.

Post the release of season two of 'Aarya' on December 10 on Disney+Hotstar, Madhvani will focus on his new show 'The Waking of a Nation', which is set against the backdrop of the Jallianwala Bagh massacre.

The director said the six-part series will explore what led to the incident and its aftermath.

"There are not too many people who know the pre and post of it. What happened during it, everybody knows. That has interested me a lot. I am also very interested in racism, prejudice, colonialism and in our own history and why certain things happened to us.

"The Jallianwala Bagh massacre did become one of the chapters in the awakening of India. It is difficult (to make),” Madhvani said.

When asked about the backlash the period and historical projects have faced in India recently, the director said he will make sure to deal with utmost responsibility while making the show.

"There is always a responsibility when you are dealing with anything that is close to people’s lives and hearts. I hope we can carry the responsibility well," Madhvani said.