Rana Daggubati: It’s Important To Maintain Harmony Between Ourselves And Nature

Actor Rana Daggubati is all set to release his film ‘Haathi Mere Saathi’ directly on TV this coming Sunday. Speaking to Outlook, the actor opens up about what went into making this film. 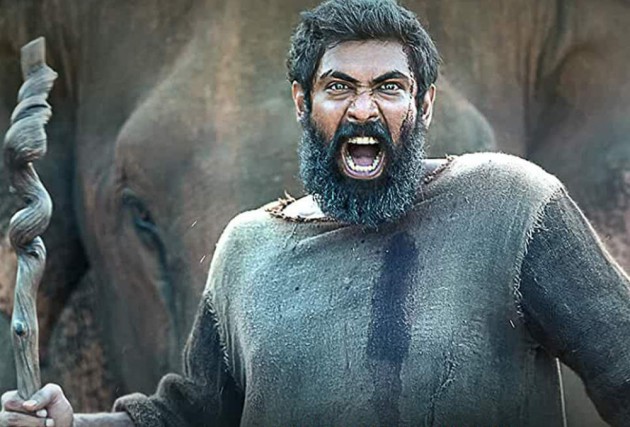 Actor Rana Daggubati has been in the news quite often these days. He is all set to bring his film ‘Haathi Mere Saathi’ to the screens of billions of people all over the country. The film is going to see a direct-to-TV release on Zee Cinema this coming September 18 at 8 PM.

Directed by Prabu Solomon ‘Haathi Mere Saathi’ talks about the strong bond between humans and animals. It shows how intangible strings of emotions connect the two species as one. The film stars actors Rana Daggubati, Pulkit Samrat, Shriya Pilgaonkar, Zoya Hussain and Anant Mahadevan in pivotal roles. The film has already released in theatres on March 26, earlier this year. It was titled ‘Kaadan’in Tamil and ‘Aranya’ in Telugu. In the Tamil and Telugu versions, in place of actor Pulkit Samrat, actor Vishnu Vishal was seen playing the second lead character.

Outlook caught up with Rana Daggubati for a candid conversation. Talking to Prateek Sur, Rana Daggubati opens up about the film, how it was shooting amidst the wild, how he has attained a new perspective of life after doing the film, and lots more. Excerpts from the chat:

‘Haathi Mere Saathi’ is now set to have a direct-to-television release, what do you have to say about it?

Direct-to-TV release is a great way to reach a wider set of viewers. We want the story of ‘Haathi Mere Saathi’ to reach the maximum number of people possible. With the movie directly releasing on TV, the audience will be able to enjoy the film from the comfort of their homes. We made this film to highlight a real-world crisis that is threatening the elephants and their ecosystem. With this film, we hope to make some difference.

Learning the art of co-existing to maintain harmony between humans and nature is very important. What do you think we can do to keep the bond strong between wildlife and humans?

The ideal way forward to a healthy and fruitful ecosystem is through co-existence. It is a simple concept; we are co-dependent. It’s important to maintain harmony between ourselves and nature. This can help revitalize our planet. If we are simply attentive to the needs of one another, we will be able to eventually attain parity. ‘Haathi Mere Saathi’ puts across this powerful thought. As I spent considerable time in the wild, shooting the movie, this message also got ingrained in me. It made me feel closer to the unadulterated workings of nature.

Tell us about some interesting anecdotes from your unique experience of shooting in a jungle.

Well, the calm of the jungle and the majestic ways of nature had me spellbound for months. We spent days without network connectivity, and it really helped me get into the zone. Once we got to the shooting schedule, I still remember getting lost in the peaceful silence of the greens around me. And after the day’s shoot, we used to revive ourselves with some stories from the forest rangers. It gave us an additional peek into their world. It also made us realize the importance of highlighting the need to maintain ecological balance. All in all, it wasn’t just an exciting and fruitful shoot, but also a learning and humbling experience.