Telugu actor Rana Daggubati opens up on working with superstar Pawan Kalyan for the first time in their upcoming film 'Bheemla Nayak'. 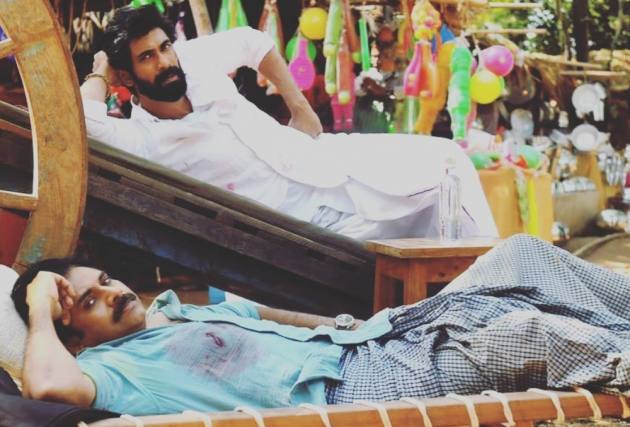 Telugu actor Rana Daggubati has worked in film industries from different languages but working with superstar Pawan Kalyan on home turf has been an enriching experience for him. The two actors will be seen together for the first time in Telugu film 'Bheemla Nayak'. The 'Baahubali' star says that he took back a lot from his experience of working with Kalyan.

In an exclusive interview, Daggubati tells Outlook, "I think I was lucky enough all my life to get to work with interesting or rather big stars across industries and I have done it a lot in Tamil and Hindi but I think in Telugu this really was the first time working with a star of totally different charisma and understanding of cinema. I think there is a lot to take back in terms of what I have taken as an actor from him and what I have taken as a human being."

The film is a Telugu remake of Malayalam film 'Ayyappanum Koshiyum'. Daggubati plays the role of Danial Shekar, an aspiring politician. The character in the original was played by actor Prithviraj Sukumaran.

After playing rough roles in films like 'Baahubali' and 'The Ghazi Attack', audiences will see Daggubati in a stylish and more relatable character after a long time.

"Any character that has got an attitude and is portrayed in high spirit is interesting and fun. I think this character looks stylish but its style in the sense of a swag, which comes from who he is. Whether it's a golden rosary or the golden bracelet or his punch up, it comes from his attitude and arrogance. So, I definitely enjoyed it when it came to me first and then the fact that Trivikram (director), who is a master writer brought about lines, dialogues which will definitely resonate with a lot of Telugu audience and he has made it very entertaining,"says Daggubati.

The actor recently uploaded a video of himself flexing his muscles. This led to the buzz that he is bulking up again for a specific role.

To that, the actor says, "The working out is to just get back into form. I haven't been working out or training in the last two years post 'Baahubali' because the largeness of that was done with that film. However, now I am slowly getting back at it. It's not specifically for a film but it's in general for life itself."

Besides 'Bheemla Nayak', the actor also has 'Virata Parvam' ready for release. The movie also stars actress Sai Pallavi in the leading role.