Ranbir Kapoor, Alia Bhatt Set The Stage On Fire At The Poster Launch For 'Brahmastra'

At the fan event, in Delhi, Alia Bhatt and Ranbir Kapoor addressed the long-awaited topic about their marriage. 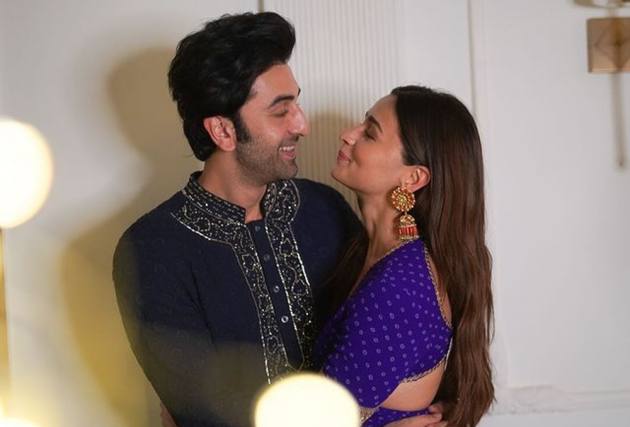 From PDA to candidly flirting with each other, Alia Bhatt and Ranbir Kapoor did not hold back as the duo shared the stage at the Brahmastra fan event on Wednesday in  Delhi.

The audience cheered and went crazy when Kapoor asked Bhatt, "Why do people constantly ask you about R?". "The truth is that R is the number 8 of my life," Bhatt confessed, blushing. She referred to his football jersey number, which also happens to be his favourite number.

On being asked what does A mean to you, Kapoor said Amitabh Bachchan and later mentioned Ayan Mukherji after which the director also joined them on the stage

Later, Kapoor choosed a question from the audience, which said, "Ranbir, when will you marry Alia?"

Ranbir openly stated, "A lot of couples got married this year, and we should be happy about it," and then turns to gaze at Bhatt, who avoids the subject. Ayan Mukherji continued, "Let us all wait."

Shiva brought the release date with him! ðÂÂÂ
BrahmÄÂstra Part One: Shiva
Comes to cinemas on 09.09.2022.#Brahmastra pic.twitter.com/oikYaKv57Q

Yesterday, December 15, the motion poster for the highly awaited film  was released. 'Brahmastra,' directed by Ayan Mukerji, is the couple's debut collaboration for the silver screen. The movie has been in the works for a long time, and when it was finally completed, fans were excited. The first part of the triology is all set to be released in theatres on September 9, 2022.