Bollywood actor Ranbir Kapoor is set to turn 39 and right before that he jetted off to Jodhpur with his girlfriend, actress Alia Bhatt. Speculations say that there could be more to this trip than just a vacation. 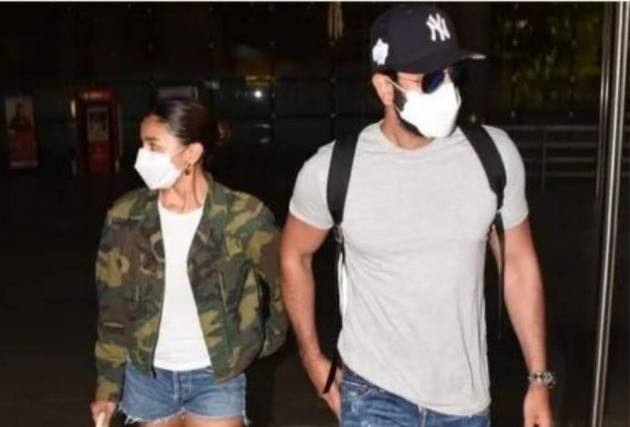 Actor Ranbir Kapoor and actress Alia Bhatt have been dating for over four years now. The two have been in love since and they’re seen giving their fans and followers a glimpse of their PDA whenever they’re out on a vacation. Now that Ranbir Kapoor is all set to turn 39, the couple has jetted off to Jodhpur in Rajasthan to bring in the big day.

However, that’s not all. Fans have been speculating that the two of them are soon to get hitched in proper Kapoor style. However, it’s the pandemic and the lockdown restrictions that are stopping the two of them from making that big splash of love. With their Jodhpur visit, fans are now speculating that the two may have gone to see the Umaid Bhawan Palace there and book it for their wedding, which might happen soon.

For the unversed, this is the same palace where actress Priyanka Chopra and actor-singer Nick Jonas got hitched a couple of years back. It was the grandest wedding that fans had ever witnessed coming from Bollywood. Pictures from the same went viral on social media all over.

In an interview with former journalist Rajeev Masand, talking about the wedding reports, Kapoor had said, “It would have already been sealed if the pandemic hadn’t hit our lives. But I don’t want to jinx it by saying anything. I want to tick mark that goal soon in my life.”