Ranbir Kapoor recalls his father, Rishi Kapoor, asking him several questions about 'Brahmastra.' The actor was speaking at the unveiling of the film's motion poster. 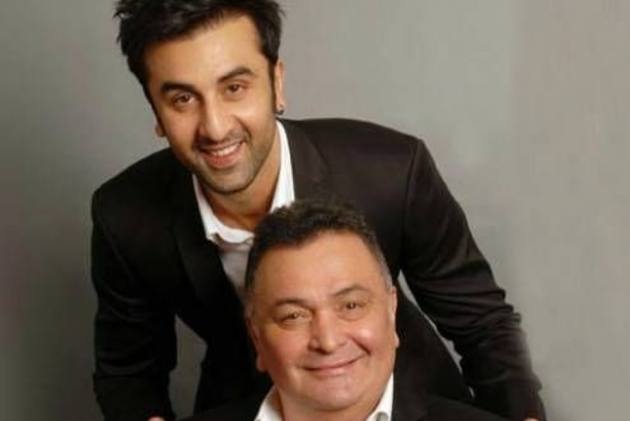 During the motion poster launch of his next film, 'Brahmastra,' actor Ranbir Kapoor paid tribute to his late father Rishi Kapoor, saying he wants to make the legendary actor pleased when the long-in-the-works picture is released next year.

The much-anticipated big-budget fantasy adventure epic, envisioned as a trilogy, stars Kapoor as Shiva, a man endowed with superhuman abilities. 'Brahmastra,' written and directed by Ayan Mukerji, is said to be one of the biggest films to come out of the country.

Ranbir Kapoor became upset during the film's fan launch event, recalling chats he had with his late father about the project, which had been in the works for eight years. Rishi Kapoor died in the year 2020.

According to a report by NDTV, Ranbir Kapoor said, "I miss my father terribly today. I remember during the making of the film, he kept fighting with Ayan and me, and kept questioning us. 'What are you doing? Who takes so long to make a film? Who spends so much money? Ranbir, you are not making a penny on this film. Who will watch a VFX film in the country?' But I believe he is here somewhere and I hope he is proud. I hope he is smiling."

The 39-year-old actor then invited the crowd to sing a few lines of the late actor's renowned song 'Om Shanti Om' from the 1980 romantic-thriller 'Karz' as a homage to the late actor.

Ranbir Kapoor then stated that in order to talk about "heart and love" he needed to call his 'Brahmastra' co-star Alia Bhatt, his girlfriend, to the stage.

Alia Bhatt, who attended the ceremony with Mukerji, said she was moved to tears when she heard Ranbir Kapoor talk about his father.

"I am sorry but right now I am a little emotional because of what you said. I immediately started to..." Bhatt said.

The one-minute motion poster teased the world of 'Brahmastra' by revealing Ranbir Kapoor's Shiva's supernatural ability - that of fire.

The video, which also includes Bhatt's voice-over and foreshadows a life-changing event on Earth, concludes with Ranbir Kapoor standing tall with a fire trident against the backdrop of a massive statue of Lord Shiva.

Alia Bhatt, who plays Isha in the film, described the unveiling of the motion poster to fans as a "big day" for the film's team.

The film was announced in 2014 with a release date of 2016 but was postponed. It was finally put into production in 2018. 'Brahmastra' is ultimately going to be launched on September 9, 2022, after many release date revisions and one nationwide lockdown.