Actor Randhir Kapoor has spoken up about actor Ranbir Kapoor and Alia Bhatt’s wedding reports. He has said that it will happen someday. 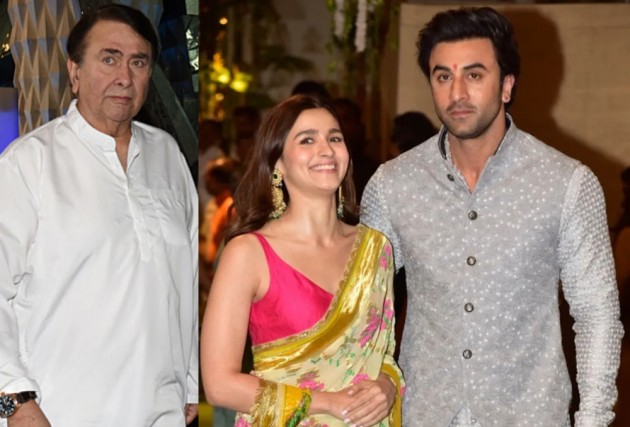 Rumours are circulating that actor Ranbir Kapoor and actress Alia Bhatt are planning a December wedding this year. Despite the fact that the pair has yet to respond to these rumours, Ranbir Kapoor's uncle, actor Randhir Kapoor, has stated that he has not heard of a wedding.

Speaking to Pinkvilla, Randhir Kapoor said, “I don’t know, and I haven’t heard the news either. He will get married someday or the other, but I don’t have any news on this.”

Alia Bhatt and Ranbir Kapoor have been dating for nearly three years. Ranbir Kapoor has previously stated that if the Covid-19 epidemic had not occurred, he would have married his ‘Brahmastra’ co-star by now.

Even Alia Bhatt's mother, actor Soni Razdan said that she is waiting for information about Alia Bhatt and Ranbir Kapoor's wedding. “Even I don’t know when it’ll (the wedding) happen. Even I’m waiting for some information,” she told BollywoodLife. When prodded, Soni Razdan added, “Well, there’s a lot of time left. It’ll happen sometime in the future, and that’s a long way off. Now, when it’ll happen, I don’t know. Maybe, you’ll have to call Alia’s agent for that (a reference to her upcoming Netflix series, Call My Agent: Bollywood), but even her agent might not know.”

Last year, speaking with former journalist Rajeev Masand, Ranbir Kapoor had said that he wanted to ‘seal’ the deal. “I don’t want to jinx it by saying anything. I want to tick mark that goal very soon in my life,” he had added.