Rani Mukerji: 'Mardaani 2' Will See Woman Stand Up Against Evil

Rani Mukerji starrer Mardaani 2’s Navratri pitch of good winning over evil will leave you impressed with its first look. The movie is set to release on Dec 13 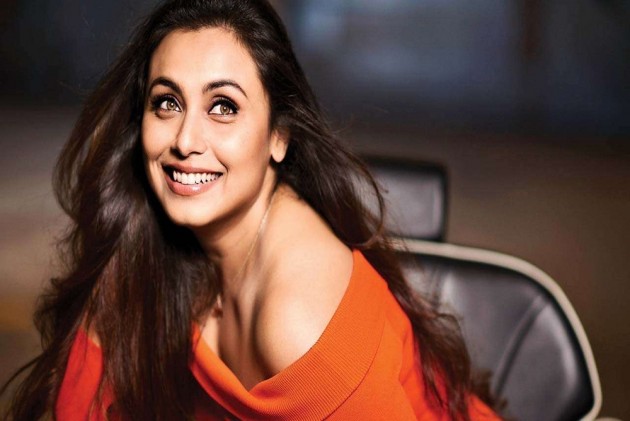 Actress Rani Mukerji, who is gearing up for the second installment of the "Mardaani" franchise, says the film will see a woman stand up against evil, against crimes committed on women and take a bold and brave stand. Rani is set to reprise the role of the fearless and committed Superintendent of Police, Shivani Shivaji Roy in "Mardaani 2".

Director Gopi Puthran says: "Rani as Shivani will be seen in a massive showdown with a 21-year-old villain who is an embodiment of pure evil. He is a dangerous criminal who targets women." The film marks the directorial debut of Puthran, who was the writer of the first "Mardaani" film.

The film will show that Rani will stand up against crimes on women. Rani said; "The film will see a woman cop fighting a pure evil of a person to end crimes against women. As we all know, Navratri stands for the victory and battle of good over evil across India."

"Whether it is Goddess Durga's victory over the demon Mahishasura or Lord Rama's victory over Ravana, Navratri's significance is key to this asset launch. So, we decided to start the journey of 'Mardaani 2' on this auspicious occasion." Rani is thrilled that the "first key communication of 'Mardaani 2' is happening during Durga Puja that celebrates woman power in its truest and bravest form."

She added: "Maa Durga took on the forces of evil and defeated it and Mardaani 2 will see a woman stand up against evil, against crimes committed against women and take a bold and brave stand."

"Mardaani 2" was shot extensively in Jaipur and Kota in Rajasthan. "Mardaani", released in 2014, was directed by Pradeep Sarkar and produced by Aditya Chopra. The film tells the story of a policewoman whose interest in the case of a kidnapped teenage girl leads her to uncover secrets of human trafficking by the Indian mafia.