In a Twitter post, production house Yash Raj Films announced the wrap up of shooting for 'Bunty aur Babli 2'. 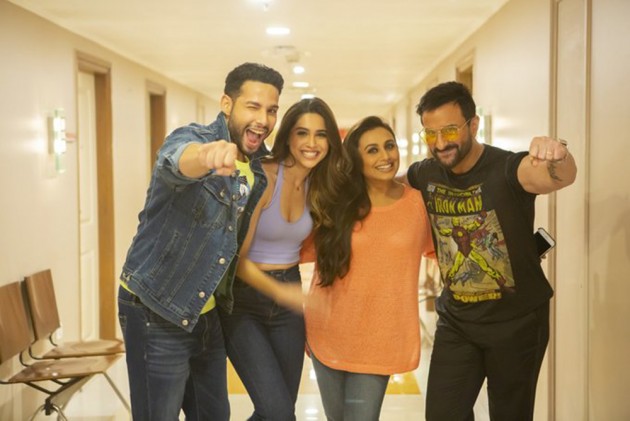 The crew of Bunty Aur Babli 2 has announced that the cast has wrapped up shooting. Many members of the crew took to Twitter and Instagram to post pictures of their last day on set.
The official Twitter account of Yash Raj Films, the production house that's producing the movie put out a tweet saying, "And it's a wrap! #BuntyAurBabli2 crew wraps up shooting of the film with a fun song while maintaining safety measures."

And it’s a wrap! #BuntyAurBabli2 crew wraps up shooting of the film with a fun song while maintaining safety measures. pic.twitter.com/RXHzIYD12h

Bunty aur Babli 2 is the sequel to the 2005 blockbuster by the same name. The prequel had Amitabh Bachchan, Rani Mukherjee and Abhishek Bachchan starring in the lead roles. The film received immense love from the audience, and its superhit song Kajra Re featured the father-son Bachchan duo.

Actor Saif Ali Khan replaced Abhishek Bachchan in the sequel and will act opposite the lady lead, Rani Mukherjee. This is not the first time the Rani-Saif duo will be working together. The duo enthralled the audience with their on-screen chemistry through other big Bollywood projects like Hum Tum, Tara Rum Rum andThoda Pyar Thoda Magic.