The film did well at multiplexes, but it was a no-show at single screens, which had consistently low occupancy throughout the day. 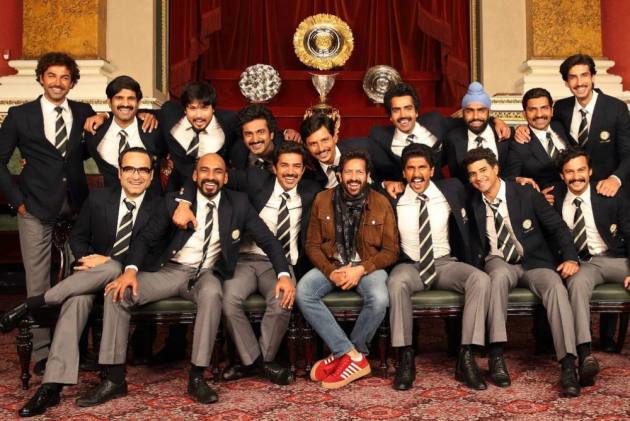 The much-anticipated film '83,' starring Ranveer Singh and directed by Kabir Khan, has opened in the projected range, with early estimates putting the opening day at about Rs. 15 to 16 crore. The film did well at multiplexes, but it was a no-show at single screens, which had consistently low occupancy throughout the day.

According to a report by Bollywood Hungama, Maharashtra and Delhi have had the highest box office receipts, but the other metros have been reluctant to catch up to the evening and night performances. The Christmas eve element in the cities helped the business, and the foundation is now in place for a robust Saturday and Sunday. Given that it is one of the most expensive Hindi films of all time, the opening day receipts are a touch behind expectations, but with the Christmas holidays approaching, one may anticipate the box office to get stronger by the day.

The three major chains accounted for around 60% of total revenue, while single screens, as previously stated, remained low. In fact, the 2nd Friday receipts of 'Pushpa' were greater than the launch day of '83' in several mass belts. To have a good weekend, '83' has to demonstrate a significant increase in collections on Saturday and Sunday.

Competition from 'Spiderman' in the metros and 'Pushpa' in the mass belts had a significant influence on the '83' opening day box office collection. Unfortunately, the Covid dread has begun to creep back in, taking a psychological toll on moviegoers. As a result of the cold snap in the north, some revenue was lost on the first day. Taking everything into account, it's still a good showing for '83,' and all eyes are now on the weekend, which is crucial for this big-budget film to succeed.

For the time being, the reviews and audience feedback appear to be good, particularly in the major cities. Aside from the Hindi version, the Tamil, Telugu, Malayalam, and Kannada versions of '83' have grossed around Rs. 1.50 crore, bringing the cumulative day one total to over Rs. 16 crore.