With Allu Arjun's 'Pushpa' and Marvel's 'Spiderman: No Way Home,' sports drama is facing stiff competition. Spiderman is doing better in certain theatres, while Pushpa's Hindi adaptation is doing well in others. 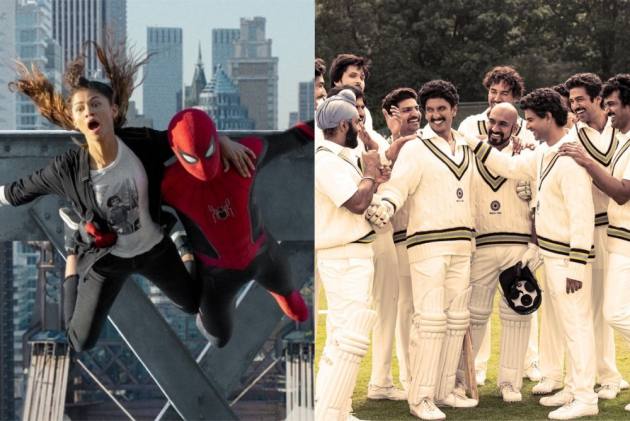 '83,' starring Ranveer Singh, was released on December 24 after a long wait. On Christmas, the picture was predicted to do extraordinarily well. The sports drama, on the other hand, kept its budget modest and only made Rs 16 crore. The entire amount collected so far is Rs 28 crore. The film, which also stars Deepika Padukone, is based on Indian cricket's most illustrious chapter, the 1983 World Cup.

'83,' helmed by director Kabir Khan is one of the most anticipated films of the year, and it debuted in theatres on Friday, December 24 with an expected box office revenue of Rs 13-14 crore. According to Box Office India, the film did not see a significant increase on Day 2 and garnered roughly Rs 16 crore.

According to a Box Office India assessment, 83 did well in metropolitan cities but struggled in two-tier cities. The film has made nearly as much money in Delhi and Bengaluru as Sooryavanshi did on its first day. In Gujarat, however, the film is behind Sooryavanshi by a significant amount.

“83 (Hindi) has collected around 16 crore nett on day two to take nett two day to 28 crores with growth on day two set to be in the 30-35% region. The growth should have been more for the film as the opening day came out low and more importantly it was a national holiday for Xmas,” read Box Office India’s report.

With Allu Arjun's 'Pushpa' and Marvel's 'Spiderman: No Way Home,' the sports drama has stiff competition. Spiderman is doing better in certain theatres, while Pushpa's Hindi adaptation is doing well in others.

In the meantime, 'Spiderman: No Way Home' has maintained its dream run, with box office receipts ranging from Rs 9.50 to 10.75 crore throughout the Christmas break.

Despite losing almost half of its screens to the Ranveer Singh film, 'Spider-Man: No Way Home' only saw a 20% reduction in box office receipts. The fact that Spiderman's box office increased on the second Saturday reinforces the notion that people are going out to see movies, and it's just a question of required interest. Spiderman is predicted to do well on Sunday, as the picture is expected to gross Rs 26 crore in its second weekend. These are record-breaking numbers, and the film is on its way to breaking the Rs 200 crore club in India before the conclusion of its run. If that happens then this superhero entertainer will be the first-ever movie in any language across India to achieve this magnanimous collection post the pandemic.

Ranveer Singh, Deepika Padukone, Tahir Raj Bhasin, Saqib Saleem, Chirag Patil, Harrdy Sandhu, Ammy Virk, and Pankaj Tripathi are among the cast members of '83.' It portrays the story of Team India's quest for a World Cup triumph in 1983. On December 24, the picture was released in theatres.