From filmmakers, Karan Johar and Nikkhil Advani to actors R Madhavan and Dia Mirza, celebs take to their social media to praise the trailer for the sports drama '83,' starring Ranveer Singh as Kapil Dev. 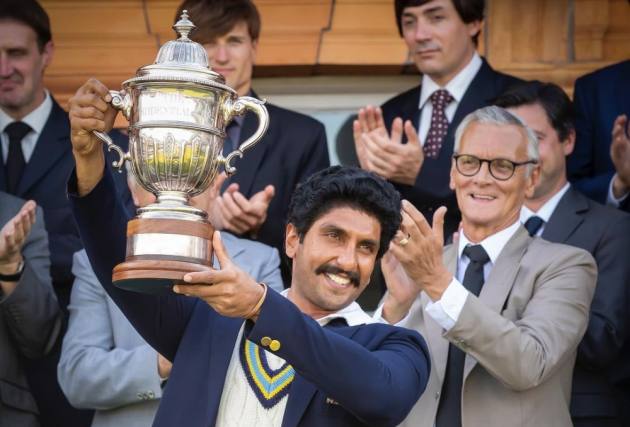 Ranveer Singh and Deepika Padukone's '83' trailer has dropped online. Directed by Kabir Khan, the sports drama follows how the Indian cricket team, went from being the underdogs to winning their first-ever World Cup in 1983 by defeating the West Indies. The long-awaited trailer of the sports drama has fascinated viewers as well as people from the film industry.

Actress Dia Mirza said she got goosebumps on seeing the trailer while Director Karan Johar declared it a ‘bonafide blockbuster’.

Here are some of the reactions from celebs to the film's trailer:

Humungous congratulations to the entire cast and crew!!! This gave me goose bumps and is so emotional and arousing! BONAFIDE BLOCKBUSTER! Kabir !!! You’re the man and Ranveer you just became Kapil Dev with the ease of a veteran! Badhai ho! https://t.co/PK9YPRSGyX

What nostalgia and pride this World Cup victory still brings. And this trailer makes me want watch the film NOW! What an eclectic ensemble of actors playing our heroes. Super @kabirkhankk #83Trailer https://t.co/9skorhWmvU

@kabirkhankk in as good form as #KapilDev Brought tears to my eyes. This one is tooo special. #Thisis83 #JeetegaBhaiJeetegaIndiaJeetega

On June 25, 1983, India won their first-ever cricket World Cup title by beating West Indies in the finals at the Lord's Cricket Ground. The film is about a memorable win.