Actor Ranveer Singh's latest song 'Mere Gully Mein' from his upcoming film 'Gully Boy' has taken twitterverse by storm with fans being completely blown away by his talent. 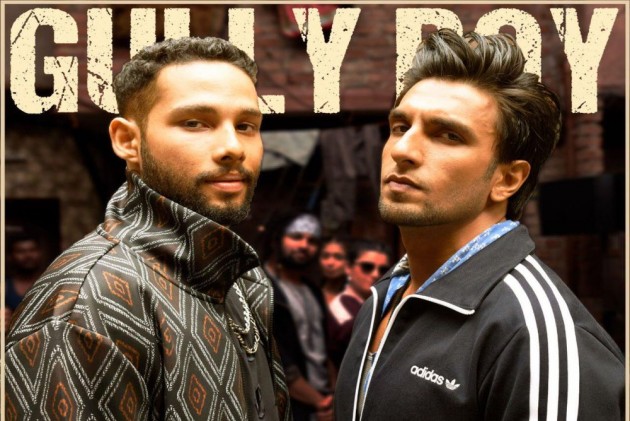 The song, a revamped version of the track that came out in 2015, features original singer Divine alongside Ranveer's Naezy and is carefully filmed to retain all the swag that the original track carried.

While some fans are falling in love with the song all over again and appreciating it in its new avatar, there is a majority of people who are hearing it for the first time and do not seem to be getting enough of the catchy beats and lyrics. Â

"Redefining versatility with every song. No doubt movie is made for him (Ranveer Singh) only, no one can present it like him," a fan tweeted.

Praising Ranveer Singh's skills in the song, another user tweeted, "My first song as a Vivian Divine fan was 'Mere Gully Mein' that too 3 years back! Now heard Ranveer doing full justice to the flow of the rap. I'm hyped and happy for the entire scene bursting because of Gully Boy."

Finding Ranveer's version of the song better than the original version a fan wrote, "The song is really amazing though. Much better than the previous one. Editing on point Ranveer is the versatile superstar we need and Siddhant Chaturvedi might just be the debut of the year."

Asserting that nothing can beat the original version, a user tweeted, "'Mere Gully Mein' remake by Ranveer was cool but nothing beats the original. Divine and Naezy's synergy was off the charts. The boys had some kind of crazy energy in the video. Remake issa No for me."

The video of the song features Ranveer and Divine rapping through the narrow 'gully' (streets) of the Dharavi slums.

The previous song titled 'Apna Time Ayega' also received an overwhelming response from the audience and is one of the most trending Bollywood songs right now. The song was released a week back and has already collected about 26 million views on YouTube. Â

Directed by Zoya Akhtar, 'Gully Boy' is inspired by the lives of Mumbai street rappers Vivian Fernandes aka Divine and Naved Shaikh aka Naezy.

The film is scheduled to hit the big screens on Valentine's Day, February 14.