Raqesh Bapat: Would Let Shamita Shetty Win ‘Bigg Boss 15’, If It’s Just Us At The End

Actor Raqesh Bapat speaks to Outlook about entering ‘Bigg Boss 15’ as a wild card entry. He even talks about how he is missing his girlfriend Shamita Shetty a lot. 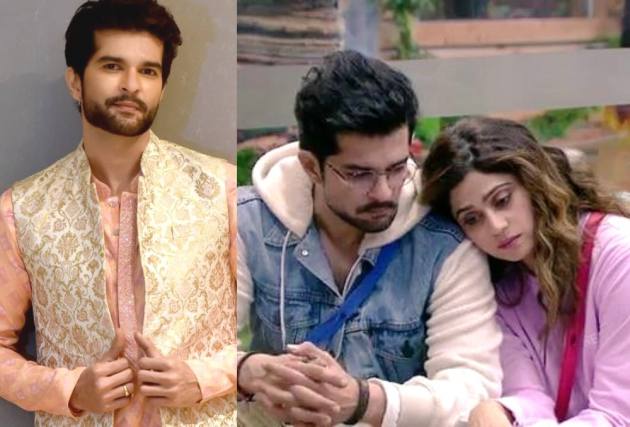 Actor Raqesh Bapat has made a smashing entry into the ‘Bigg Boss 15’ house this Diwali season. He was supposed to go along with his girlfriend Shamita Shetty at the start of ‘BB 15’, but couldn’t go then, and now that he has entered as a wild card, he has already started becoming a favourite of the fans.

In a conversation with Outlook, minutes before entering ‘Bigg Boss 15’, Raqesh Bapat speaks up about how he has been missing Shamita Shetty, how he isn’t that nervous going in, how he is not liking any other contestants in this season, how he thinks he would be a tough competition to Shamita Shetty and lastly, how he would let her win the show if they both are the only ones left at the end. Excerpts from the chat:

I will begin this interview by asking, are you missing Shamita Shetty?

I am missing her. I have seen that she is very alone out there.

From what you’ve been seeing, how has Shamita Shetty performed till now?

She is extremely strong and she is doing extremely well. I wanted her to fight her battles because she has the capacity to be a leader and take on everyone. As a team leader and a correct player, she is very efficient. If I consider the kind of struggle she has been through, it makes me really proud of her, because it is a madhouse and people are totally different from the way they were in ‘Bigg Boss OTT’ and yet she is kind of doing really well.

There were reports earlier that you will enter the show at the start itself with Shamita. What pushed you to take up the show now?

I actually wanted to wrap my head around it, which obviously needs some time. Also, I had some other commitments that needed my attention. So, I felt that this is the right time and also it is Diwali and what better time to enter the house other than Diwali.

Who according to you is the strongest in the house now - anyone who can give the toughest competition to Shamita?

I think I’ll be the strongest one (laughs). Jokes apart, I think Shamita is really strong other than that I really don’t know because I am not liking anyone, honestly speaking.

Who do you think is playing the mind games the most?

Everyone is playing mind games. On ‘Bigg Boss OTT’ we used to get connected to each other. It wasn’t like we were only playing the game. We used to have lots of meaningful interactions, but here, I feel like it’s only about playing the game. That’s what me and Neha (Bhasin) were discussing that we really need to initiate connections between these people and also to have a normal chat with each other because there is just plotting and scheming is going on all the time. I feel entertainment is not only about plotting and scheming all the time. Normal discussions about the events that take place in one’s life, something that has made a person what he/she is, is also necessary. Storytelling can also be good sometimes for a change.

What is the one learning from ‘Bigg Boss OTT’ which you will remember now and not make the same mistake again? Are there such instances?

Of course, there is. I definitely need to have a voice this time, that’s for sure. I used to be really shy in the beginning and I used to get really affected if anybody said anything. It’s very difficult to hear harsh comments sometimes - be it on the face or behind your back. I really couldn’t wrap my head around that. I never understood how could people be so mean to each other? So, it was a setback for me back then. But now, I think I have grown and have seen the show. I think a show like this needs you to be tough. One actually gets to know what he/ she should consider and what to ignore. Finally, I think I have realised that it is just a game and things are not meant to be taken personally. So, I don’t let things bother me so much. I also have my opinions and I have to put my points across. It is a game show and you have to understand that you have to do these things to play the game.

Is there any former ‘Bigg Boss’ winner whom you admire a lot? Someone whose journey you see and wish you have a similar journey like them.

Honestly, I have not seen the previous seasons of ‘Big Boss’ and that has doubled my problems because these people approached me and convinced me to do the show, and I asked them to give me three reasons why I should take part in the show. Mainly, they wanted someone who is smart and someone who is different from the lot. I even told them that I have not seen any season of ‘Bigg Boss’ and that I don’t even fancy it much. Many people talked me through it. They did ask me to watch ‘Bigg Boss’ for reference. I refused to watch it because I wanted to have a genuine reaction to everything. If something is supposed to surprise me, I want to be surprised by it. If I had seen ‘Bigg Boss’ maybe then I would have had a better idea of how to navigate things.

If in the end, it is a fight for the title between you and Shamita, would you let her win the show?

Of course. Why not!

Lastly, are you nervous now that you are entering the house?

Surprisingly, I am not nervous this time. I am really excited to go inside this time. It is going to be like a cracker of this Diwali to be with everyone in the house, especially Shamita.