The way you get to explore a city when you are on shoot is so different from when you are there as a tourist, says Rasika Dugal 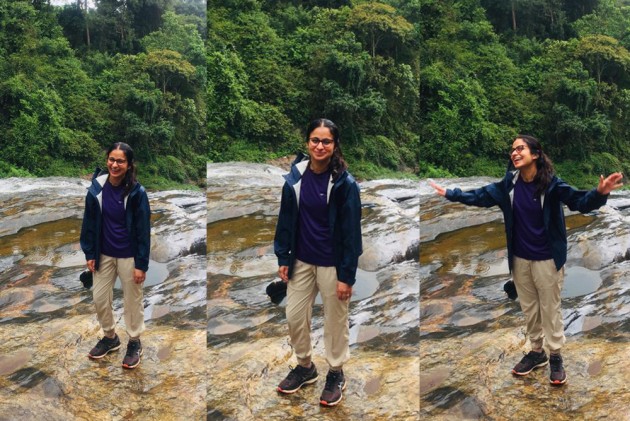 Actor Rasika Dugal who was recently seen in popular series Delhi Crime has been shooting for her upcoming web show Dr. Kapoor in Conoor for over a month now. She has been stationed there and recently got a chance to explore the beautiful hill station.

It has been a busy year for Rasika, she has either been shooting or promoting her projects the entire year. Since she has been in Coonoor for a long time, on her off days, Rasika explored the hill station along with a localite. She visited tea estates and also went on a trek.

Says Rasika " The way you get to explore a city when you are on shoot is so different from when you are there as a tourist. There are so many interesting places we have shot in and so many lovely people I have met, people I would not have interacted with had I come to Coonoor on a holiday. Every other day someone brings me a home cooked meal or introduces me to a new 'Coonoor speciality'. On off days I get to explore the outskirts of the city- a tea estate, a waterfall, a walk down a scenic valley or a trek up a mountain. The hospitality and generosity of the people of Coonoor has been so heart-warming"

Rasika will next be seen in the film ‘Lootcase’ which is slated to release on 11th October 2019, Amazon's Mirzapur Season 2 and Netflix's Delhi Crime Season 2.