In an exclusive conversation with Outlook, veteran actress Ratna Pathak Shah talks about the changing face of the entertainment industry, towards telling a variety of stories, but also explains why she is still not sure how long it will last. 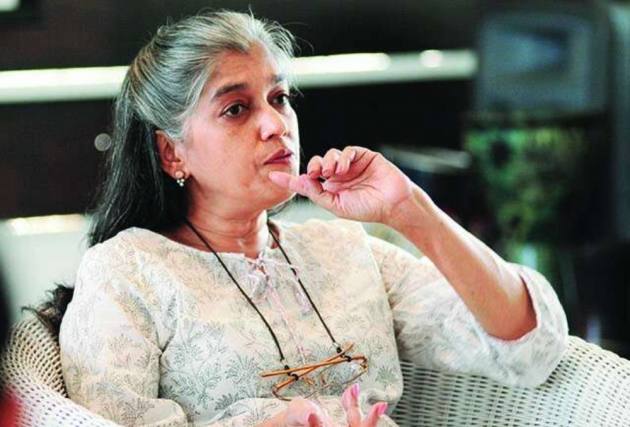 Having been in the industry for nearly forty years, it is only now that Ratna Pathak Shah finally sees a welcome change with the “variety” of and films and series that are being produced now.

“Writing has evolved. There are much interesting characters being written now, not just for people my age, but for everyone. It is good time to be an actor,” she says.

The 64-year finally feels that the makers and producers in the Hindi film industry have finally been pushed to “accept” the fact that audience wants a “variety” in the kind of stories that are being told through the medium of TV and films.

“I don’t think it should be surprising. Change takes time. In India we have probably for the first time, seen such a wide base of young educated people. Demographically there has been a major shift. That is what is making it possible for this variety to exist. They, the audience want to see different kinds of programming now,” she says.

“I have always wanted to watch different kinds of films. I don’t want to watch only one kind of films. So, how can I demand only one kind of cinema should happen? But I what I expect is that whatever is produced, it is produced well. I objected to lot of work in old the Bollywood days. The work was just downright shabby. It was short cut after short cut after short cut. It was a bit cheap [as well]. But now that seems to be changing, because of the educated audience,” she adds.

She will be soon seen in the romantic comedy film ‘Hum do Humaare Do’, which apart from Shah, also stars Rajkummar Rao, Kriti Sanon and Paresh Rawal.

“It is one of those films, which probably are born out of the result of this change,” she says.

“It does have a format of a familiar story, in the sense that there is this couple who wants to get married, but has all kinds of challenges ahead, which is your basic Hindi film trope. But there is a twist to that story. There is a shift is in the way the idea ideal family is projected, of what women want, or what a man does to get ahead,” she adds. 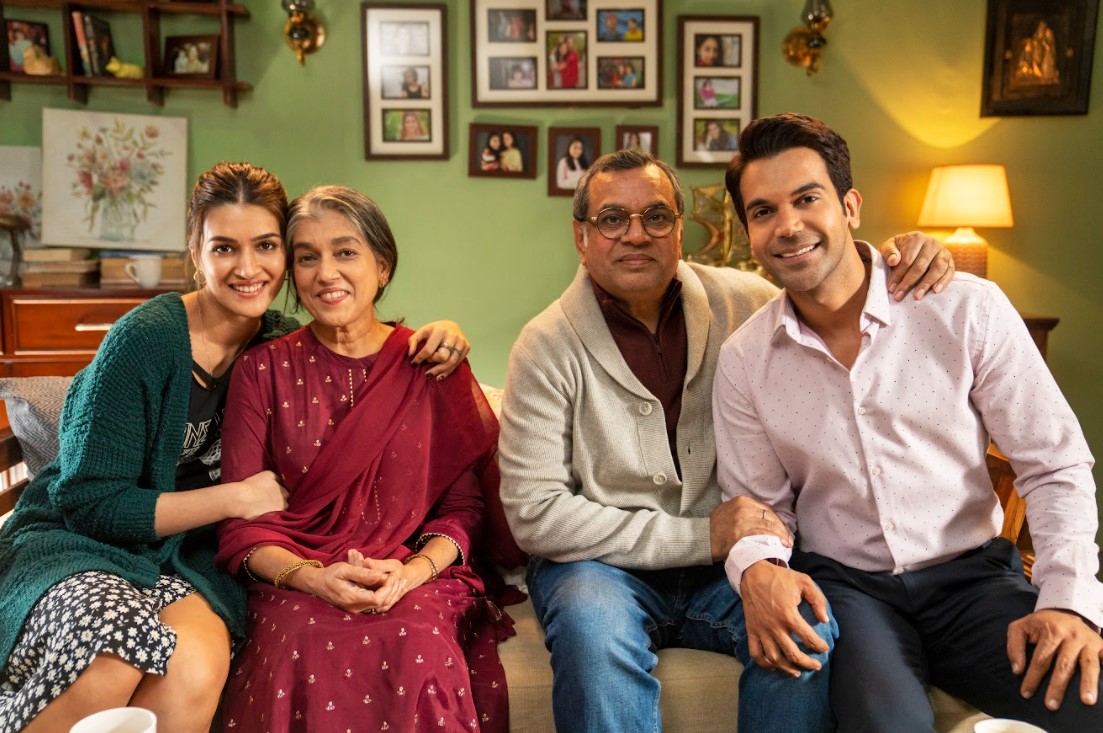 One of the biggest reasons in the shift has been the advent of the OTT platforms over the last few years. “OTT has had a major impact. One of the big advantages of OTT has been that it has given space to different stories. It has woken up producers and money bags in business. Variety is acceptable and variety is wanted,” she says.

One result of that shift, as Shah acknowledges has been the kind of films that are “written for actresses”. She feels that it will be very difficult, to push strong women characters and stories around women, back.

“I don’t think it is going to happen very easily. Particularly in the gender space,” she says.

“I can see changes. Even in the way films are being written for large scale public consumption and the kind of films are written for the actresses. There is a movement away from the past. But, we have to make sure we are not going to go and create another set of stereotypes. Are we moving away to a point where a girl is smoking drinking and only then she is empowered? I don’t think so. But we have to go a little bit in that direction, to move away from the past,” she says adding that not only women, but even depiction of men onscreen has changed remarkably. 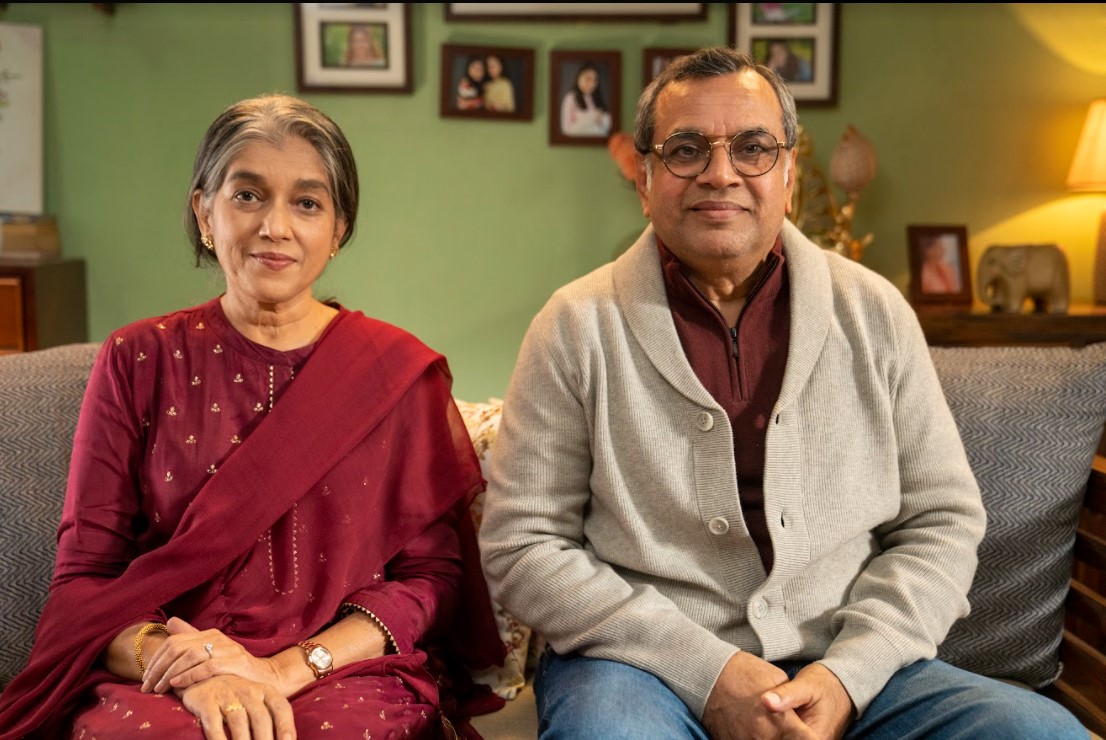 “Of course, there has been a change, of sorts in how women are perceived on screen, but so has been the case with the roles written for men now. He no longer has to beat up 25000 people to be the hero. Earlier the ideas of toxic masculinity literally shoved down our throats in our Bollywood films. But now all that has changed,” she adds.

But while she is hopeful, she is not completely optimistic. “I have been there, that’s why” she explains.

“When TV came, I really thought that it would change the kind of way we tell our stories. But that did not happen. Look how it is now stuck in the saas-bahu/reality show mess. [Even] ‘Sarabhai vs Sarabhai’ was not popular when it was on TV. I remember, in 2006 it had a rating of .63 percent. It only grew after youngsters watched it online,” she says adding that despite learning a lot from TV, it has been “the most depressing experiences” of her life.

“I got so much out of TV. I learnt how to act by doing TV and I am so grateful for the roles that the medium gave me. But I am so sorry that we couldn’t serve it any better. I am sorry that we left it to the shenanigans of bad writing, bad acting, bad costume and bad everything,” she adds.

And so, Shah explains that “we are Indians”, and wisecracks that “we are very specially equipped to snatch defeat from jaws of victory.” She says that it has been done “many times” before and not just in “films and TV”, but “other aspects of our life” as well.

“We have even done it with the idea of India. We have such a beautiful constitution and look where we are today. So forward movement is not guarantee here. We are capable of going right back,” she says.

So, it makes sense when Shah explains why she wants to wait before she is completely onboard the idea that there’s a paradigm shift in the way stories are being told on screen.

“Theatres have reopened again and backlog of all these blockbusters will descend down us. So we have to see how the audience reacts. Do they go back to watch the same kind of films or do they want a change in theatre as well. I would have loved to see if people would be willing to spend money to watch a film like ‘Hum Do Humaare Do’. That will be the real change,” she says.

“But, as I said I am hopeful. Everywhere I go these days, be it my yoga class, or to a party, I see these really young educated people who want this change. And I am hoping our films will soon reflect that,” she signs off with a smile.