Bollywood actress Raveena Tandon spoke about why she isn't bothered about seeing actor Akshay Kumar opposite the much younger actress Katrina Kaif in the 'Tip Tip Barsa Pani's remake. 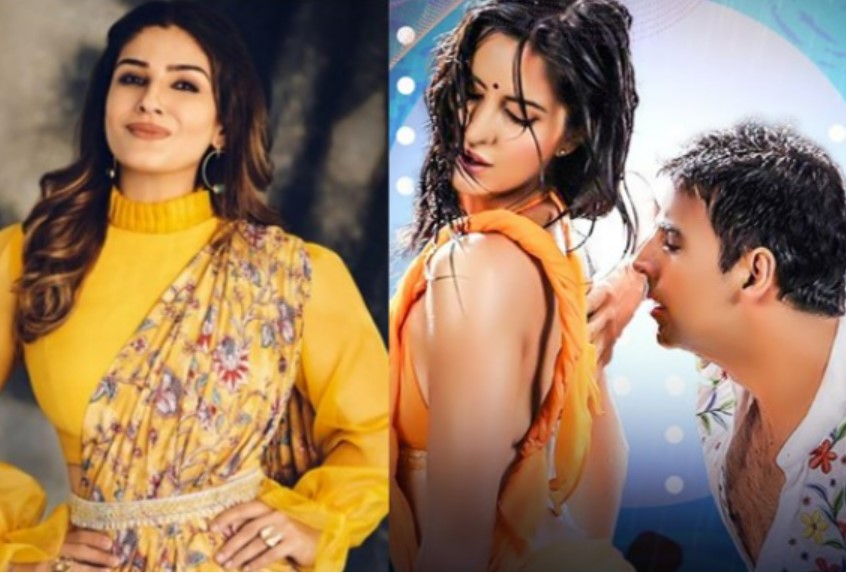 Bollywood actress also spoke about how, in the recent remix of 'Tip Tip Barsa Pani'  the female performer was changed despite actor Akshay Kumar being retained. The original song, which was a part of the 1994 film 'Mohra', featured Kumar and Tandon. But the remix, which was a part of the 'Sooryavanshi' soundtrack, featured Kumar and actress Katrina Kaif.

In a recent interview with Film Companion, Tandon was asked why Bollywood is ‘still afraid of women of a certain age’. To this, she said, “That is slowly wearing out, I can see the change, for sure. But there is room for much, much more. About the item songs, it’s been a win-win situation, all these remixes, they get a new life, they get a new beat. The youngsters are loving them. In the end, I kind of end up owning them all over again.”

Tandon said that back in the day, many insensitive remarks were made about women’s appearance, but that the new generation is more aware and more comfortable in their skin.

Asked if there is a pressure on women ‘to look a certain way’, she mentioned, “I don’t think so. I think those days are gone when people would body shame and talk about your thunder thighs and Amazonian growth, or whatever. A lot of these things we’ve heard. All us women at that time, we looked like ‘khaate peete ghar ki ladkiyan’.”

Tandon was talking about her contemporaries, actresses Kajol, Karisma Kapoor, and Shilpa Shetty. She continued, “There’s a lot more awareness in this generation to look good and feel confident about ourselves. There are so many of our actresses who are happy and comfortable in their skin the way they are. Including me.”

Tandon, who became a household name after a string of hits in the 90s, most recently appeared in the Netflix thriller series 'Aranyak', in which she essays the role of a pahadi policewoman. She stars with actors Parambrata Chattopadhyay and Ashutosh Rana in the show, co-created by Rohan Sippy and Charudutt Acharya.

The actress will next be seen in 'KGF: Chapter II', and following that in an as-yet-unannounced project by Reliance Entertainment.