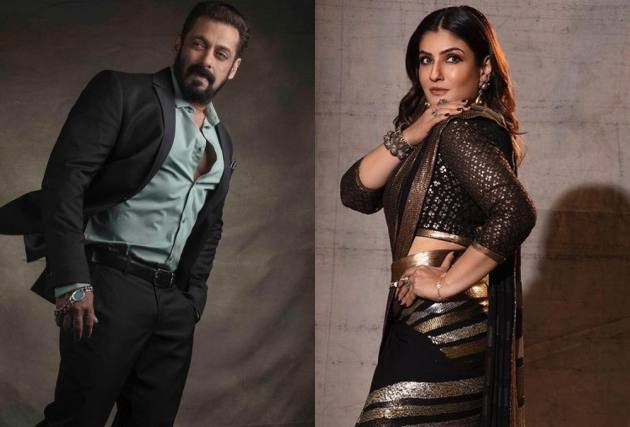 Bollywood actress Raveena Tandon teased superstar Salman Khan over his recent snake-bite incident and said 'saanp maar gaya hoga' (The snake might have died). The actress was referring to a recent incident where Khan was bit by a snake in his farmhouse thrice. Tandon then took to Instagram and shared several photos, including one throwback picture of the duo. She also penned a witty and humorous birthday wish for her first on-screen hero.

Actress Urmila Matondkar had previously tweeted her best wishes to the actor and sarcastically advised him to take care of himself because even snakes are attracted to him these days.

On Monday (December 27), Khan celebrated his 56th birthday. In an unfortunate mishap ahead of his birthday, he was bitten by a snake. The actor was taken to a hospital in Kamothe, Navi Mumbai, where he was treated and released early the next morning. On Monday (December 27), he went back to his farmhouse to celebrate his birthday with close friends and family. The actor shares his birthday with his 2-year-old niece Ayat Sharma and the two of them were captured cutting the cake.

According to a report by the Hindustan Times, talking to the media in the early hours of Monday, the actor spoke about the incident. He had said, "My sister was quite scared with the whole incident, but I made friends with the snake and got a picture clicked with it before leaving it in the jungle. It must have also bitten me because it was scared."

In her first film, 'Patthar Ke Phool,' Khan starred alongside Tandon (1991). Tandon just made her digital debut in Netflix's newest spy thriller 'Aranyak'. In the drama series, the actor played Kasturi Dogra, a tough cop. In addition to Tandon, the show featured Parambrata Chattopadhyay and Ashutosh Rana in key roles.