Raveena Tandon and Tapsee Pannu feel because they are in front of the camera they face the brunt of negative criticism; while the filmmakers who lack clear vision get away. 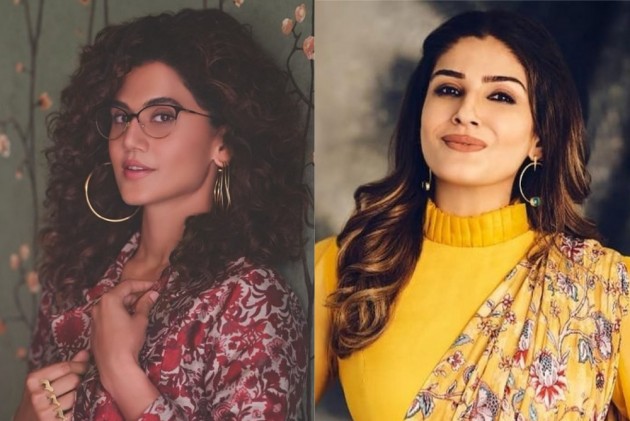 Taapsee Pannu and Raveena Tandon, both actresses, have stated that their 'biggest fear' as performers is not comprehending the filmmakers' vision. Actors are often forced to bear the brunt of 'confused' directors, according to the two. They said that the audience assesses performers based on how they approach their roles, although the director told them to do so.

“There are times when the director’s confused. Achha aise nahi, chalo aise try karte hai (Not this, let’s try something else). But we can’t do that sir, because this is the attitude that’s needed. Then at that time, you are conflicted in your mind that what does he really want from the character. Does he want it this way or does he want it that way? And then it becomes little bit of a muddle, mess," Tandon said in the discussion.

During the Actors' Roundtable 2021, Tandon and Pannu were speaking with Rajeev Masand. When asked if there are any pre-production discussions regarding how to portray a character, Taapsee answered: “They do, but on set, it suddenly abruptly changes. This has happened at times that we have discussed and thought that ‘ok, this should be the approach of the character’ and then you reach the set and (told to) react like that (in a different way). But then I say that 'it's not in line with the discussion that we had before'. (The director says), ‘no, in this situation just react, just do as I say’. This scares me. You have to at least tell me so that I know the graph in my head -- where I start, where I am ending, what's my next shot. Where do I pick up the emotion of the next shot? You can't just say ‘Ye bhi karlo, wo bhi karlo, jo better hoga wo dekhlenge’ (do this, do this as well, we will take the better shot). This scares me.”

Tandon agreed with Pannu and said that it's the actor who has to handle the consequences. She said, “In the end, it's the brunt that the actor's face. Because when the reviews come out, it's like ‘Oh, she didn’t do it that way'. Dude, I was told to do it this way.” Taapsee also echoed the same emotion.