The actor unveiled the first look and title of his next film, which is directed by Vamsee. 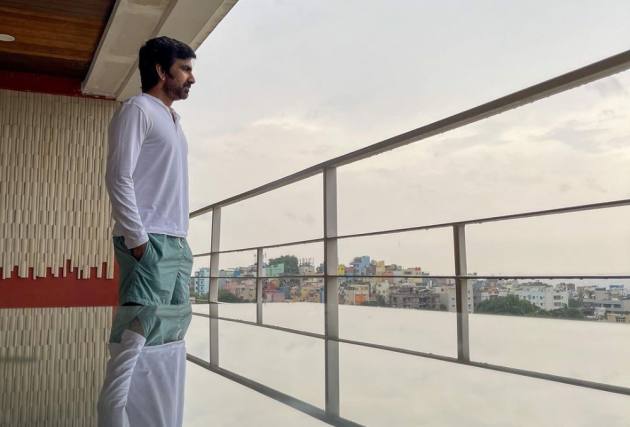 Telugu star Ravi Teja's upcoming film RT71 has got the title of 'Tiger Nageswara Rao'. The actor will play the role of notorious thief who plundered most of South India in the 1970s'

While his face has not been revealed in the poster, the poster image showed the feet of a man, who seems to be on a run. The film, directed by Vamsee, is a period film. The actor has reportedly undergone a complete makeover for this film.

The film is said to be packed with high intense action sequences. Since the story is set in the 70s popular technicians are brought in to be part of this project. The film promises visual treat with R Madhie ISC and GV Prakash Kumar handling camera and music departments respectively. Since it’s era of 1970s art is very crucial, Avinash Kolla is going to be the production designer.

Srikanth Vissa is the dialogue writer, Mayank Singhaniya is the co-producer. The details of the rest of the cast are yet to be unveiled

Besides this, Teja also has 'Khiladi' and 'Ramarao On Duty' under production. Both the films have already completed most part of the shooting and will soon be ready for theatrical release.