Sushant started his Bollywood career with ‘Kai Po Che!’ in 2013 and was last seen featuring in a lead role in Mukesh Chhabra’s 2020 movie ‘Dil Bechara’. 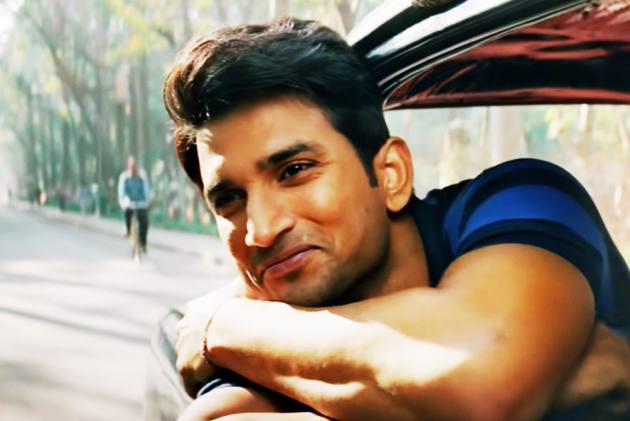 Sushant lived an extraordinary life - just like some of the characters he played in films. But his beautiful fairy tale journey, from humble beginnings to stardom, came to an end on June 14 when he was found dead in his flat at the age of 34. The police in Mumbai, where he lived, said he took his own life. His untimely demise shook the entire film fraternity.

Sushant made a mark in everyone’s heart as ‘Manav’ from the popular television serial ‘Pavitra Rishta’. The actor not only gained recognition in the TV industry but also made a name for himself in the Hindi film industry. Sushant started his Bollywood career with ‘Kai Po Che!’ in 2013 and was last seen featuring in a lead role in Mukesh Chhabra’s 2020 movie ‘Dil Bechara’.

Well, it’s already been a year since we spotted that megawatt smile, a year since we came across an Instagram post so poignant that you cannot look away, a year since that fateful Sunday when we read the headlines flash: Sushant Singh Rajput was found dead in his Bandra, Mumbai apartment.

How A Trial By Media Marred The Sushant Singh Rajput Case

While he has left a void that cannot be filled, we can still remember him and celebrate his exemplary work through his various films. Sushant's death was unfortunate and shocking.

Sushant grew up in Bihar and worked hard to achieve his dreams. He was admitted to one of India's top engineering colleges – a sure way of securing a bright future for middle-class families.

But his heart was set on acting. So he dropped out of college and went to Mumbai, a city that makes and breaks thousands of dreams every day. He took up odd jobs and worked in theatre for years until he got the famous Balaji telefilms serial that became a hit. Success on the big screen followed soon.

Many fans took his death as a personal loss – His story fired the ambitions of young people in small towns. And just as they were coming to terms with the news, weird conspiracy theories, insider-outsider concepts, cooked-up stories, and fabricated post-mortem reports started circulating on social media and in debates on news channels.

However, what pushed him over the edge is something that a probe should focus on. We, as journalists, cannot become judges and conduct media trials. We can bring out the facts but we cannot sit on judgment.

While all this raged, some channels turned their focus on Bollywood actress and Sushant’s then-girlfriend – Rhea Chakraborty. The late actor’s father had filed a police complaint against Rhea in Bihar, where he lives. He accused her of abetment of suicide and misappropriation of Sushant’s money. This lead to social media trials – Netizens started called her ‘gold digger’ who took away Sushant’s money. Rhea, however, denied and wrongdoings and issued a desperate plea to Home Minister Amit Shah for a fair investigation into her boyfriend’s death.

Soon after, the whole case took a different turn – In her bail plea before the Bombay High Court, Rhea said that the deceased actor “used to consume drugs” and she also gave names of many other Bollywood biggies.

And while the dust settles, all we're left with are Sushant’s memories and work.