Actress Rhea Chakraborty took it to Instagram to reflect back on the year 2021. 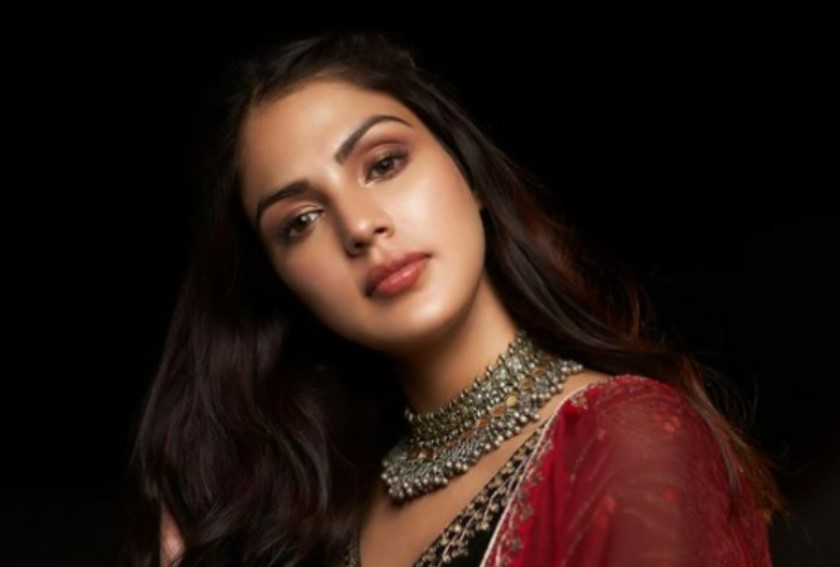 Actress Rhea Chakraborty posted a picture on Instagram, dressed in a rust coloured boat-neck top paired with denims. Writing an emotional caption to the picture, the actress looked back at her journey in 2021 and called it a year full of healing and pain.

Smiling at the camera as she gets clicked candidly, the actress captioned the post as, "You see me smiling and laughing, it's not been easy to get here. A year full of healing, a year full of pain."

"But here I am, smiling and looking at you 2021-because indeed what doesn't break you makes you stronger..! Have a wonderful New Year's Eve with your loved ones, may 2022 be kind to all of us. Love and light #rhenew," she added.

It was in the year 2020, when the actress made headlines after she was accused by late Bollywood actor Sushant Singh Rajput's family for abetment to suicide and also siphoning off funds from Rajput. She was also named in a Narcotics Control Bureau (NCB) charge sheet along with her brother Showik Chakraborty in a drug-related probe into Rajput's death case.
The 29-year-old actress was arrested by the NCB on September 9 last year for allegedly procuring drugs for Rajput, who was found hanging at his Mumbai home on June 14, 2020.

Multiple agencies, including the Mumbai Police, the Central Bureau of Investigation, the Enforcement Directorate, and the National Crime Bureau, investigated the case and nabbed her brother,Showik Chakraborty  as well as several other glam-world personalities. The actress  was then held in custody for 28 days before being granted bail by the Bombay High Court on October 7, 2020.

After over 14 months, in November 2021, a Mumbai special court ordered the Narcotics Control Bureau (NCB) to defreeze the bank accounts of Rhea Chakraborty and return her electronic gadgets. Chakraborty had filed a plea seeking release of her gadgets like an Apple laptop and an iPhone, and access to her bank accounts, according to her lawyer Nikhil Maneshinde. Following her arrest, the NCB seized the devices and placed a hold on her bank accounts.

On the work front, Rhea Chakraborty was last seen in the the film 'Chehre', which released in August this year.