Actress Richa Chadha had filed a defamation suit against Payal Ghosh alleging that the latter had made derogatory remarks about her. 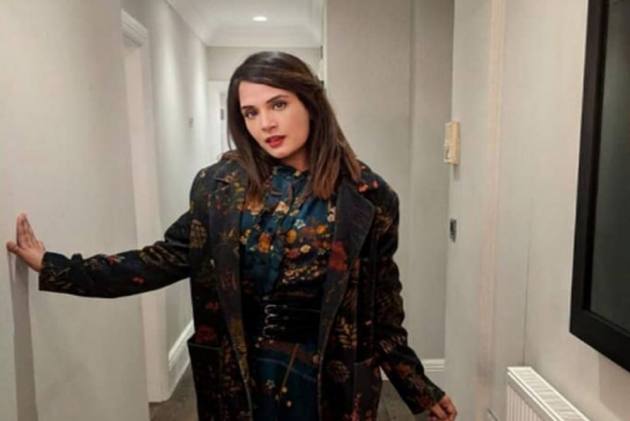 Bollywood actors Richa Chadha and Payal Ghosh told the Bombay High Court on Wednesday that they have amicably settled their dispute and filed consent terms, under which Ghosh has withdrawn her statement made against Chadha and also tendered an apology.

Last week, Richa Chadha filed a defamation suit against Ghosh and alleged that the latter had made a "false, baseless, indecent and derogatory statement" against her. Chadha had also demanded monetary compensation. 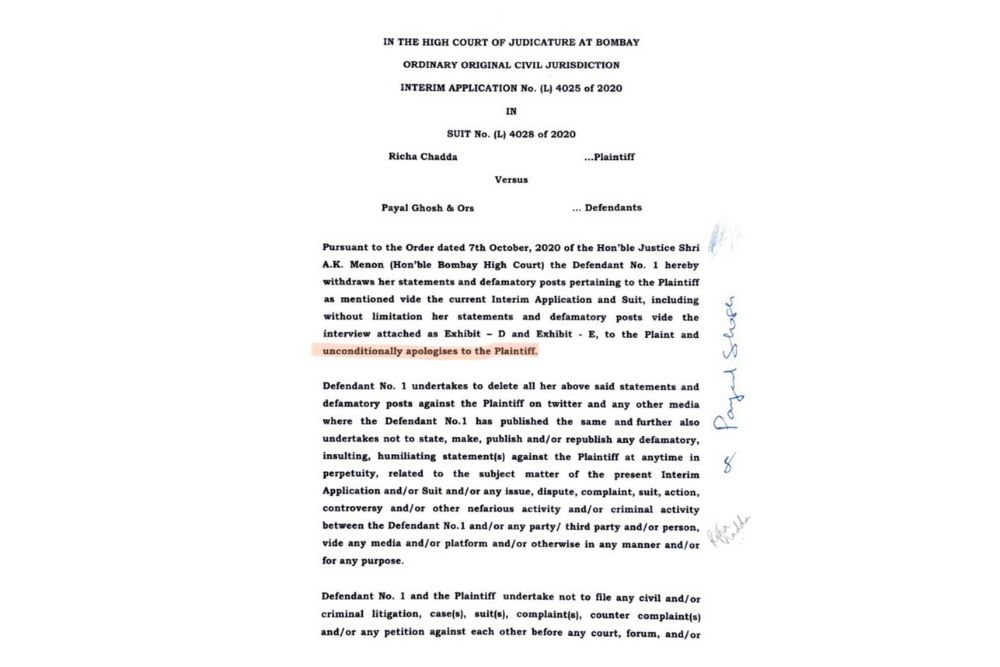 On Wednesday, advocate Nitin Satpute, appearing for Ghosh, told Justice A K Menon that both the parties have settled the matter amicably and submitted a statement of undertaking. Ghosh, in the undertaking, has said that she will withdraw the statement she made against Chadha and tendered an apology.

"Both parties have agreed they would not file any cases against each other with regard to this matter and there will not be any demand for monetary compensation,” Satpute told HC. Justice Menon accepted the same and disposed the suit against Ghosh.

On September 23, Ghosh lodged an FIR at Mumbai's Versova police station, levelling charges of rape against filmmaker Anurag Kashyap. Kashyap has denied all allegations and reportedly provided documentary evidence to Mumbai Police on October 1, claiming that he was in Sri Lanka at the time when the alleged incident was said to have taken place.