Richa Chadha believes the reason behind Bollywood keeping silent about allegations of sexual assault on filmmaker Rajkumar Hirani is because they are not aware of the facts in the case. 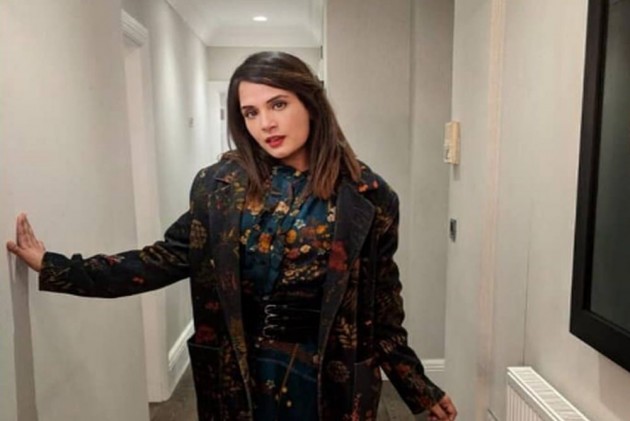 Richa Chadha believes the reason behind Bollywood keeping silent about allegations of sexual assault on filmmaker Rajkumar Hirani is because they are not aware of the facts in the case.

The latest name to be called out in the Me Too Movement, Hirani was accused of for sexual harassment with a woman "assistant" alleging in an article in HuffPost India that he sexually abused her more than once between March and September 2018 while working on "Sanju".

When asked if the industry was quiet about Hirani as he is a powerful director, Richa told reporters, "It isn't power structure. I think everyone is tentative because they don't know the facts of the case. Legally, a publication is allowed to run a story because they vet it with their legal team.

"But it's an anonymous allegation. I'm not defending him or the girl either. I've learnt it the hard way. A friend of mine was falsely accused. This is the only reason why I feel people are tentative."

The actor said her upcoming film "Section 375" debates about consent and said if survivors come out and share their stories, they must be supported.

"If there's a survivor willing to come forward and say 'this happened to me' and confide in people, we must support her. Which is why I vocally supported Vinta Nanda.

"He (Hirani) is one of the directors with the cleanest image, you must not forget that. There have been others who were accused but nobody said anything," she added.

The actor was speaking at a special event of her upcoming "Shakeela" where she launched calendars of the film.

Richa said she has understood that the best thing to do in #MeToo movement is to take the legal route.

"The press also plays a role. When you print a hearsay, the powerful will suppress the story but many people get caught up in rumours. It has to be looked at from both sides."

The "Masaan" actor said a bad date, a relationship gone sour or vendetta is not #MeToo.

"We are talking about 2019, if exploitation has happened, you should definitely go to the police and take legal route. A lot of people suffer in trial by media. I'm very enthusiastic about the movement because it's very important.

"If women don't feel safe, then how will the work be done. It shouldn't be trial by media but trial by law. If you've filed a complaint then don't back out. If someone is putting pressure on you, voice it. There are people who'll hear you," she added.

While most in Bollywood have refused to speak on the issue, Hirani's previous collaborators Arshad Warsi, Dia Mirza and Sharman Joshi have batted for the filmmaker.

The director also found support in veteran screenwriter Javed Akhtar, who called him the "most decent" person in the industry.