Richa Chadha’s First Look As A Kabbadi Player From Panga

Actor Richa Chadha has shared the first look of her character from Kangana Ranaut’s Panga. Her character in the Ashwiny Iyer Tiwari directorial is called Meenu 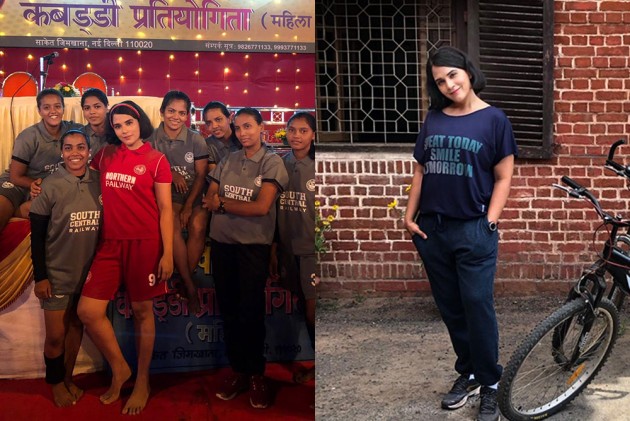 In the film Panga, Richa Chadha plays the role of a Kabbadi player. Her character Meenu plays Kangana Ranaut’s on-screen friend. Her character is that of a woman who’s empowered and chosen a life for herself where she chooses her career in the sport. The actress had to train extensively for the role and even had to sport a shorter hairdo in the film. Here’s giving you a first look of her from the movie.

The film’s trailer was unveiled some time back and shows Kangana, in various stages of joy, dejection and rejuvenation, as her character in the film resurrects her career. The trailer showcases Kangana as a national level kabaddi player who decides to get married and settle down. However, as a Railway employee, she feels something is missing in life. Her husband Prashant decides to support her in her bid to make a comeback in kabaddi. The film also stars Neena Gupta (as Kangana Ranaut’s mother), Punjabi singer Jassie Gill (as her husband) apart from Richa Chadha. The film will release on January 24.