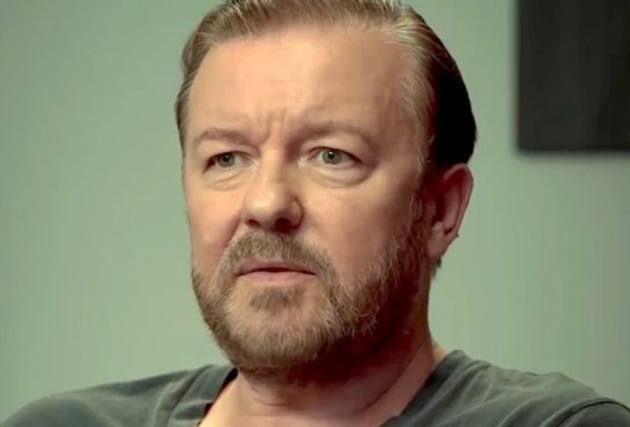 British comedian-actor-writer, Ricky Gervais, will be receiving his star on the Hollywood Walk of Fame. According to reports, the 60-year-old comedian, will be honoured for his contributions to the entertainment industry over the last two decades.

'Afterlife', the actor's Netflix series, has been the most viewed British comedy on the streaming site for the past two years, and he has also won 25 Emmy Awards, 11 Baftas, and nine Golden Globes. Along with Gervais, the Hollywood Walk of Fame Class of 2022 includes actor Michael B. Jordan, 'Home Alone' star Macaulay Culkin, pop star Avril Lavigne, 'Trainspotting' actor Ewan McGregor, the late Carrie Fisher, who died in 2016 and was best known for her role as Princess Leia in 'Star Wars', and DJ Khaled.

Gervais, who recently announced that the forthcoming third season of 'Afterlife' will be the series' last, has talked of his pleasure in people approaching him in the street and telling him how the program has benefited them.

Gervais said that, although he has enjoyed working on the program, he believes it is time to call it quits after the third season.

"I love this more than anything I have ever done, but I am getting older and I am menopausal. People do a terrible film because of their grandson — I am at that level now," he said.

The former 'Office' actor went on to say that he believes Series 3 is the finest thus far. According to Daily Mail, Gervais said that the concept for the series came as a result of standing up to cancel culture, with a character that said and did anything he wanted without fear of offending anybody.

However, the third series has been completed, but the comedian has remained tight-lipped about the release date, only stating that it would be 'coming soon.'