Rinzing Denzongpa: There Is No Comparison Between Dad Danny Denzongpa And Me

Rinzing Denzongpa, son of veteran actor Danny Denzongpa, speaks to Outlook about his debut action film ‘Squad’ that was released on Zee5. 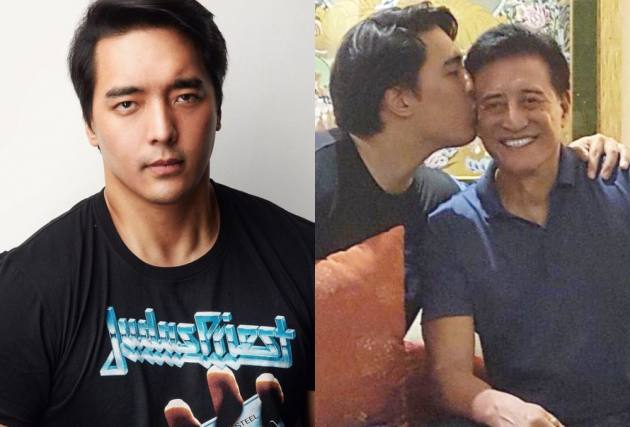 Veteran actor Danny Denzongpa’s son, Rinzing Denzongpa, made his Bollywood debut with ‘Squad’. The film, which was released on Zee5, had been in the making for quite some time. In a candid chat with Outlook, Rinzing Denzongpa speaks up about how the film came to him, how things shaped up, how he takes his father’s tips about acting very seriously, and why he wouldn’t want to remake any of his father’s films. Excerpts from the chat:

How did ‘Squad’ come to you?

Actually, Nilesh (Sahay) called me once. He got my number from a friend of mine and so he called me up and he told me about the script. We met at Novotel, I guess. We both wanted to work together. So a few weeks later, I signed the film.

‘Squad’ has been in the talks for quite a few years. Why did the release get delayed?

Making a debut in Bollywood is obviously a big thing. Are you a tad bit upset that the movie couldn’t be released in theatres and is released on OTT?

The film was released almost after three years now. So, I am just happy that the product is finally out and we can move on to the next one. I am already preparing for the next one. Obviously one does get a bit upset that it is taking so long. So, I kept on doing other works of mine alongside this. I just kept myself busy, let’s just say that.

You’re the son of a living legend Danny Denzongpa. Being his son, was it easy or was it very difficult for you to get your first big film?

I guess my dad’s name does help but then he did not even know that I was planning to do a movie. When the contract was about to come, that was when I told him. He listened and I told him that I had found a project that I found interesting, and I am most probably signing it. It was then only that he came to know about it.

Was acting always the first choice for you? Or did you want to become something else and later on decide to become an actor?

I was always (into acting) but I also like business in general and so I am doing both at the moment.

When you get any script, do you discuss or take tips from your father about whether you should do the film or does he give you any tips on how to go about the role?

We do discuss the scripts that I get sometimes. When I tell him I got a script; he likes reading scripts in general, so he reads it and also gives me his opinions on the scripts. Of course, he does give his tips and I take his tips very seriously.

Nowadays there is a trend of remaking old films. So I have to ask you if you had to remake any of your father’s films, which one would it be?

No, not at all I don’t want to do any remake film. Taking so much pressure on your back is not good. My first film is just out and this is something I have not yet thought about.

People always compare star kids to their parents. Are you worried that you will get compared to your father?

There is pressure for any newcomer and when your family is already in the industry it creates a lot of pressure. It’s just that when your family is from the industry, you just have a lot more friends in the industry, that’s all. But, in general, there is pressure for everybody. There is no comparison between dad and me. People love to compare so it is no use taking unnecessary pressure and I have said this many times that there is a heaven and hell difference between dad and myself. If I do a few more movies maybe then we can talk about this thing but at least for now, I have got nothing to say as such about this.

Do you think Bollywood always stereotypes actors from the northeast?

I will find out soon (laughs). So far I have only been loved. Everyone has been very sweet and kind to me.

As you’re an action star, tell us a bit about your fitness routine. What all do you do?

It all depends on where I am physically at. Currently, I am lagging behind because of Covid-19. I had Covid-19. I started working out just after getting out of that but then again I had a back issue. Then after that, I got Dengue. So, I would say it has not been too much fun but I am happy that I am getting back in the routine and that I am getting back my strength. I just finished my one-hour cardio. We usually work on one or two body parts a day.

We also have seen you with Tiger Shroff and John Abraham in pictures. Do you practice in the gym with them?

I have never yet got the chance to work out with John (Abraham) sir but he has been very supportive and is definitely an inspiration. I work out with Tiger (Shroff) more because we go to the same gym.

Lastly what after this will we get to see you in?

I think that you ask Nilesh (Sahay). I have signed a three-movie deal with him. I don’t know which one he is planning next, but there is definitely some more action involved in it.