R.I.P. Shyam. Nobody Could Send Shivers Down The Spine Of Viewers The Way Ramsay Brothers Did

Anybody hooked to Bollywood in the 1970s and 1980s would not be unfamiliar with the Ramsay Brothers, a one-of-its-kind team of seven siblings with diverse expertise, who redefined horror in Indian cinema with low-budget movies. 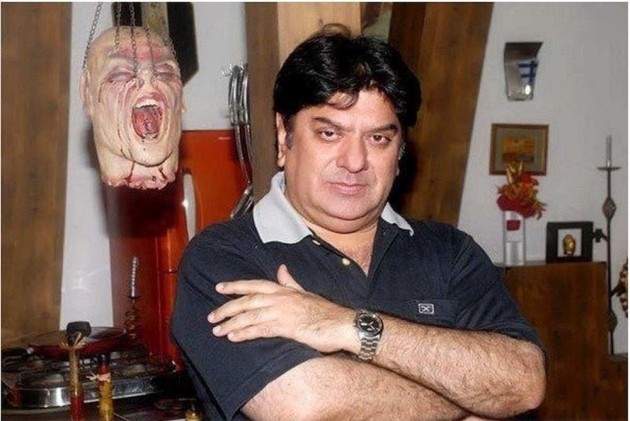 The demise of Shyam Ramsay at the age of 67 in Mumbai on Wednesday brings back the memories of the wacky horror flicks, which he mastered along with his co-director brother Tulsi Ramsay under the banner of his father F.U. Ramsay.

Anybody hooked to Bollywood in the 1970s and 1980s would not be unfamiliar with the Ramsay Brothers, a one-of-its-kind team of seven siblings with diverse expertise, who redefined horror in Indian cinema with low-budget movies. Their films were often derided as too tacky and low-brow to be taken seriously but they had a cult following of their own in their heyday, especially in small towns, known as ‘B’ or ‘C’ centres in Bollywood trade parlance.

The early Seventies saw the downfall of Rajesh Khanna as a superstar and the emergence of Amitabh Bachchan as his worthy successor. This period also saw an exponential growth of the parallel cinema movement spearheaded by the likes of Shyam Benegal, M. S. Sathyu and others. But it was primarily the era of Bachchan in commercial cinema, as he churned out one blockbuster after another. Still, the Ramsay brothers prospered in their own way by making movies with a heady cocktail of horror and erotica.

While one brother wrote the story, another became the cinematographer, the third handled the responsibility of production and so forth. They worked together like a well-oiled machine with Shyam and Tusli wielding the megaphone. In less than a decade since their first horror flick, 'Do Gaz Zameen Ke Neeche' (1972), their banner was established with movies like 'Andhera' (1975), 'Darwaza' (1978), 'Guest House' (1980), 'Sannata' (1981), 'Saboot' (1980) and about many more.

Horror movies such as Mahal (1949), Bees Saal Baad (1962) and many others were made before them but theirs were different. All their films had a similar story with identical and predictable tropes. All of them invariably had a bunch of youngsters on a picnic trip landing at a deserted mansion at night, only to find it taken over by a wandering ghost seeking to avenge injustice meted out to him in his lifetime by its owner, who else but a cruel Thakur. A bumbling caretaker, a mandatory bathtub scene of a starlet in the towel and a few comic interludes would take the narrative forward leading up to a gory climax where the hero took on the spooky villain with a divine trishul or a holy cross were part of each Ramsay Brothers’ films.

With the formula succeeding at ticket counters more often than not, they refrained from deviating from it, knowing well what their audiences expected of them. They provided the viewers worth of their money by giving them a few really scary moments and keeping them on the edge of their seats for three hours.

Considering the fact that they made movies on shoestring budgets in an era when there was no VFX or the advanced prosthetics to create any stunning visual impact, it was no mean feat, to say the least. All they could get hold of were a few scary masks imported from the experts who had worked in European and Hollywood movies. In the 1980s, their Purana Mandir (1984) and Veerana (1988) turned out to be huge hits, making more money than the films of some of the biggest stars of the time, released in the same year.

Still, the big stars refrained from working with them, and their movies were dismissed as “B” grade. But that did not bother them. They kept working on the same formula and delivered hits with stars like Navin Nishchol, Mohnish Behl, Arti Gupta, Hemant Birje, Jasmine and, above all, Anirudh alias Ajay Agrawal, who played the terrifying ghost in many of their movies such as Saamri (1985), which was made in 3D.

By the turn of the 1990s, however, the popularity of their movies had waned. The rampant video piracy in the second half of the 1980s had an adverse impact on their business. With the advent of the satellite channel, they shifted to television, making hit serials like Zee Horror Show (1993-2001).

Meanwhile, the team of Ramsay brothers also disintegrated with Keshu Ramsay making independent, non-horror films. In recent years, Shyam did try to revive the banner by making a few web series but there were few takers for them. In the internet era, the Ramsay brothers, however, acquired a cult following. The cerebral millennials loved to watch their movies with considerable amusement, apparently more for their comic relief than the elements of horror. But that could not take away the fact that nobody before and after them could send the chilling shivers down the spine of the unsuspecting audiences the way they did with their horror films.