Ritviz: I Don’t Want To Force My Music To Come Out

Electronica artiste Ritviz talks about his process of creating music and explains why he decided to delay the release of his recent single, ‘Khamoshi’, by six months 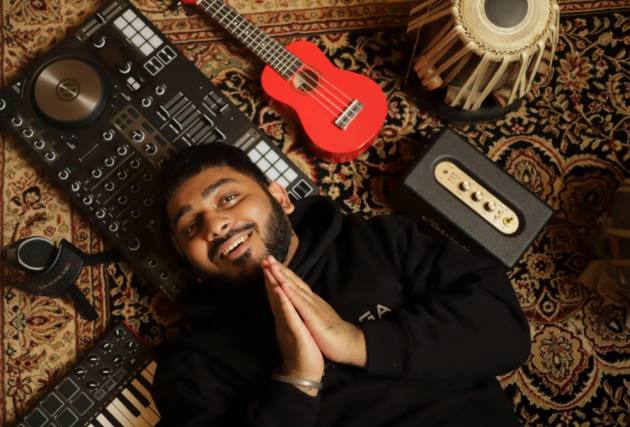 Electronic musician Ritviz Srivastava has quickly become one of the biggest names in the indie music circuit. The 25-year-old feels incredibly “grateful” to be able to create music at a time where the audience for indie music is growing in numbers on a daily basis.

“I take immense pride in being an independent artist and I feel extremely honoured to have this position today, where my story and my journey helps others believe in something,” he says.

“But I would say that the credit for this evolution must go out to every single person that has put their blood, sweat and tears behind pushing the independent agenda right from the start. It’s because of the hard work of so many artists before me, as well as the incredible executives that have built this industry piece by piece, that even I am able to do what I do today,” he adds.

The numbers to his last single, ‘Khamoshi’, point towards rapidly growing numbers for indie music. It was created, just like every other song in this space is created – with a lot of patience and heart.

The track, Ritviz says, was supposed to release in December. “In September last year, Karan Kanchan sent me a track he was working on with someone else at the time. It was really cool and had an English verse on it. The guitar melody really stuck with me, and a brand-new composition started building in my head. I called him and told him that I’d love to write this song with him and so we set off,” he says.

But, as Ritviz himself puts it, “something was missing from the song”. And it took him till June this year to figure out the missing element from the song.

“By December we had closed down on a version, shot the music video for it, and even announced a release date, but for some reason I kept feeling like something was missing from the song. So, we decided to call it off at the last minute. We spent the next six months trying to figure it out and finally we cracked it in June,” he adds.

The idea behind Ritviz’ music has always been organic. “I don’t want to force it to come out,” he says as he explains why he doesn’t “try to create a schedule” when he is creating a song.

“Ideas could hit anytime, the only thing I can do is try and capture it on my phone, either as a video or a voice note. And when I have more time, I lay it down eventually and work on it then. I don’t have a fixed process because when it has to, it will and that rawness is what I want at all times,” he says.

So, how does he know when a song is complete? “Well honestly, it’s just a feeling, and when you know you just know!” he signs off.