Ritwik Bhowmik: When People Appreciate Your Performance, You Tend To Get Stereotyped

Actor Ritwik Bhowmik has a perfect analogy about how he would get into pretty similar kinds of characters to play onscreen. But after ‘Bandit Bandish’ and ‘The Whistleblower’ the trend seems to be changing. 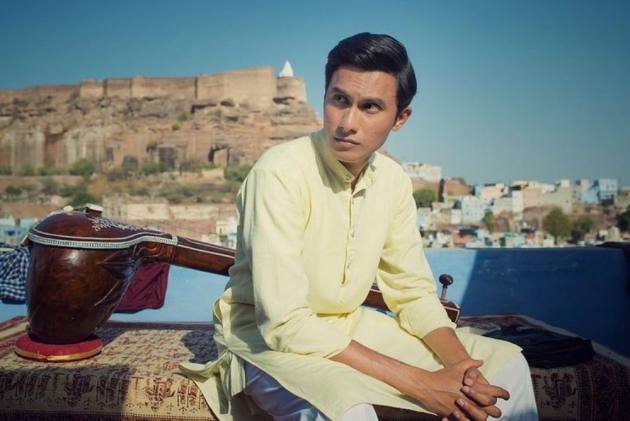 Actor Ritwik Bhowmik is on cloud nine after giving two back-to-back successful shows on OTT. First ‘Bandish Bandits’ and now ‘The Whistleblower’, both have been received really well by audiences and critics. The actor is showing his mettle with such intense characters. But this can also create a stereotype for him in the minds of filmmakers, who might just not approach him thinking that he doesn’t do the other genres of roles.

“Stereotyping actors in Hindi cinema is a very narrow way of looking at it. I genuinely feel that not just actors if anybody does something nice, it is nice to get some recognition and appreciation and when people appreciate your performance you will tend to get stereotyped. For instance, you like the sugarcane juice of some particular shop, you will always go there to have sugarcane juice because that is what they are famous for,” says Bhowmik.

Explaining his point further, the young actor says, “We stereotype people all across because we want to label people and it is easier for our memories to remember people that way. So, I can’t really blame people. Thankfully, every creator that came my way did not want to see me doing the same kinds of roles. They offered me different, varied kinds of roles. I just got lucky that the creators of ‘The Whistleblower’ could see the character of Dr. Sanket in me and that I would fit in the character that they had the vision of so many years ago. I am glad that they thought that I would fit the part. When they asked me if I would like to take up the challenge, I gladly accepted it.”

‘The Whistleblower' is a role that is in quite an intense serious zone, especially for Bhowmik. Speaking of the same, he says, “Yes, ‘The Whistleblower’ was in quite an intense serious zone, but at the same time it also has a lot of relationship drama, it has a lot of comedy, and it has a lot more than just serious stuff. It was not difficult to play the character of Dr. Sanket, but it was initially difficult when I was reading the script and I was trying to understand the psychology of the character. Why he thinks the way he thinks and why he says what he says and why does he do the things that he does – all this. It took me a while to understand and believe in what he thinks and believes in but I think that my conversation with the director was very clear and he had made it very clear as to what his requirements from the character of Dr. Sanket were, which really gave me a lot of confidence.”

Definitely, this intense portrayal is one of the prime reasons that ‘The Whistleblower’ became such a talked-about show. “The response to ‘The Whistleblower’ has been absolutely fantastic. The amount of love that I have received is very overwhelming. People are pleasantly surprised with what I have tried this time and I truly think that it is going to give me a lot of confidence and motivation towards constantly experimenting and trying newer things. So the response to ‘The Whistleblower’ has actually inspired me and really pushed me to work harder,” adds Bhowmik.

As per reports, Bhowmik has already moved to the major leagues with him having completed a feature film. The yet-untitled project is set to be released soon. “I have already taken my first step towards what you would call the movies and that would be out soon,” concludes Bhowmik.