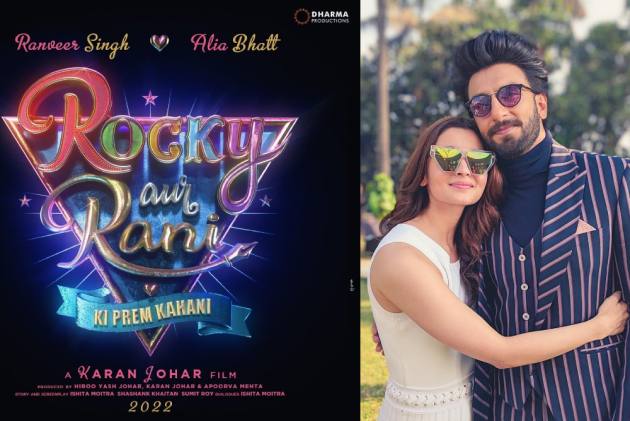 "Thrilled to get behind the lens with my favourite people in front of it! Presenting ''Rocky Aur Rani Ki Prem Kahani'', headlined by none other than Ranveer Singh and Alia Bhatt and written by Ishita Moitra, Shashank Khaitan, and Sumit Roy," the 49-year-old director tweeted.

Thrilled to get behind the lens with my favourite people in front of it! Presenting Rocky Aur Rani Ki Prem Kahani, headlined by none other than Ranveer Singh and Alia Bhatt and written by Ishita Moitra, Shashank Khaitan & Sumit Roy. pic.twitter.com/vZzGbvv6nS

While Johar directed Bhatt in her breakthrough film "Student of the Year" in 2012, this would be the filmmaker's first collaboration with Bollywood star Singh. Johar and Singh were previously set to work together on the historical drama "Takht," which has allegedly been cancelled. "Rocky Aur Rani Ki Prem Kahani" is set to be released in 2022.

Bhatt, 28, also shared the announcement on her Instagram and wrote, "An exceptional love story with my favourite people."  Singh, who turned 36 on Tuesday, said it was a "special announcement" on his "special day."

Bhatt will next feature in Ayan Mukerji''s "Brahmastra", SS Rajamouli''s "RRR" and Sanjay Leela Bhansali''s "Gangubai Kathiawadi". She recently started working on "Darlings", her first film as a producer.

Singh is currently awaiting the release of sports drama "83", directed by Kabir Khan, and also make a special appearance in Akshay Kumar-starrer "Sooryavanshi". The actor will also star in "Jayeshbhai Jordaar" and "Cirkus" by Rohit Shetty.