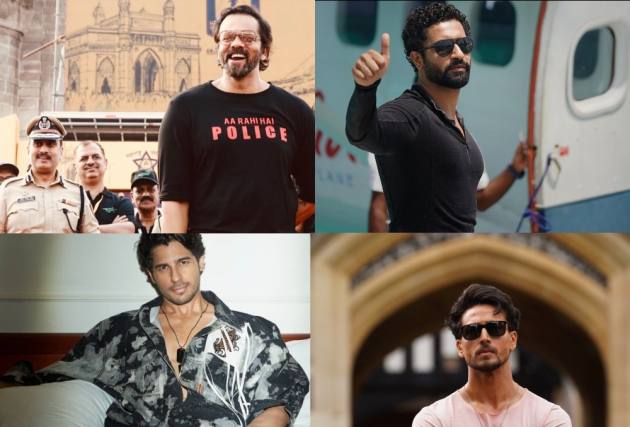 Filmmaker Rohit Shetty, who will introduce his vision of cop universe to Indian audiences with the movie “Sooryvanshi’, is reportedly all set to introduce the universe on OTT as well.

According to reports, actors Vicky Kaushal, Tiger Shroff and Sidharth Malhotra are in talks with the filmmaker to star in an action-drama series that will stream on Amazon Prime Video. It will directed by his assistant Sushwant Prakash.

“They are Rohit’s top choices for the role as the material demands an actor who is adept at action. If all goes well, the actioner will roll by December. Though it marks Rohit’s foray into the OTT world, he is not in a rush to announce it and will probably do so only after the release date of Sooryavanshi is finalised," a source close to the filmmaker was quoted as saying.

If this turns out to be true, then Rohit Shetty's big-screen magic will soon be witnessed by viewers in the comfort of their homes on an OTT platform. While we wait for this to be confirmed by Rohit, fans of the filmmaker would be excited to hear this development.

Meanwhile, Shetty's film ‘Sooryavanshi’ with Akshay Kumar and Katrina Kaif is yet to get a release date. The film has been ready for release since 2020. However, due to the COVID 19 pandemic, it has been postponed for release. Rohit is now directing ‘Cirkus’ with Ranveer Singh, Pooja Hegde and Jacqueline Fernandez.