After contestants Meisha Iyer and Ieshaan Sehgaal, another love story is brewing in the wild jungles of ‘Bigg Boss 15’. Contestants Karan Kundrra and Tejasswi Prakash seem to have come quite close. 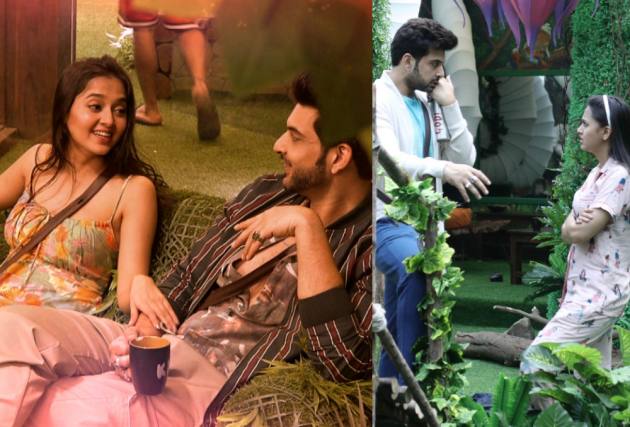 In earlier episodes, viewers saw how each competitor became a 'Junglewasi,' and how winning tasks while facing a prize money deduction was the only way to return to the main house. The jungle's techniques have now resulted in more heated clashes. Every competitor is engaged in his or her own mental game, which has resulted in a significant gap among the players.

The game has begun in the ‘Bigg Boss’ jungle, as captain Nishant Bhat begins to go tough on each candidate vying for a ticket to the main house. Even when some contestants expect to earn his approval, he finds to discover a weakness in their performances. Infuriated by his judgement, former captain Shamita Shetty scorns Nishant Bhat, “Tu bolta hai ‘main fair hoon’ na? Teri fairness abhi dekh li hum logon ne! (You keep saying that you’re fair. We all are seeing how fair you’re now!)”

Nishant Bhat retorts, “Whatever you say doesn’t matter!” He adds, “Aap karoge aapke hisaab se toh chalta hai. Dusra karega toh mirchi lagti hai! (If you do it your way then it’s okay. If other’s do it their way, then you feel bad).”

On the other side, it appears that Jay Bhanushali and Pratik Sehajpal's short ceasefire has come to an end. By stepping into the home, Jay is motivated to win the whole amount of money without any deductions. He is so determined that he would not let others win. Pratik Sehajpal attempts to persuade Jay Bhanushali to alter his views quietly at first, but the conversation quickly grows into a full-fledged brawl. Jay Bhanushali says, “Merko jo karna hai main karunga. Terko jo ukhaadna hai ukhaad le! (I will do whatever I want. You do whatever you have to do).” In the end, they both once again come to blows.

But it’s not just the swag that surrounds the jungle. After Meisha Iyer and Ieshaan Sehgaal, another love story is brewing in the wild. The air around Karan Kundrra and Tejasswi Prakash is brimming with romance as they start spending more time together. “I know this show is about relationships, but agar tu hi theek nahi hai toh kya relationship banaayega (if you’re only not ok then what relationship will you make)?” Tejasswi also supports him like a rock as she tells him, “You cannot let every b***dy thing affect you! I will keep a watch on you a little more.”