Actress Janhvi Kapoor commented on her picture and said, “Meditate.” Jaaved Jaffrey's daughter, Alaviaa Jaffrey, took a dig at her and wrote, “PDA.” 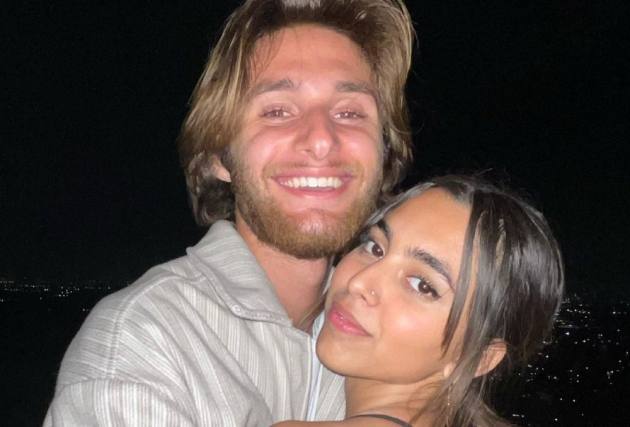 Director Anurag Kashyap's daughter, Aaliyah Kashyap is currently vacationing in Bikaner with boyfriend Shane Gregoire. Aaliyah, who is a social media influencer, often responds to questions about her love life with Shane and how the couple copes up with the problems they face in their long-distance relationship. On Monday, Aaliyah shared a few snaps from the couple's Bikaner getaway.

Earlier this year, Aaliyah talked about how she met Shane through a dating app. In a vlog on her YouTube channel, Aaliyah said, "On the dating app, I swiped on him first. On Hinge, it’s like, you swipe on them, and then there is a like section where you can see who has liked you. And then, you can either like them back or ignore it. So he liked me back and we spoke."

"I made the first move. We met after two months of talking and I was like, ‘Oh my God.’ I was waiting for him to kiss me but I was like, he is not doing it. Because I think he didn’t know if I was comfortable with it or whatever, so I just went in for it," she added.